This historic train depot now rests near its original site in rural Sumter, just over the Clarendon County line. The Atlantic Coast Line Railroad Company built the depot shortly after tracks were laid on the property of William Brogdon in Sumter County in 1906. William Brogdon and his brother, Clinton Brogdon, owned much of the land surrounding the depot, and the area became known as Brogdon’s Station in their honor. In 1940 the Atlantic Coast Line relocated the cypress building roughly six miles away, over the county line, to serve the rail line in Alcolu. It stood there for 71 years. 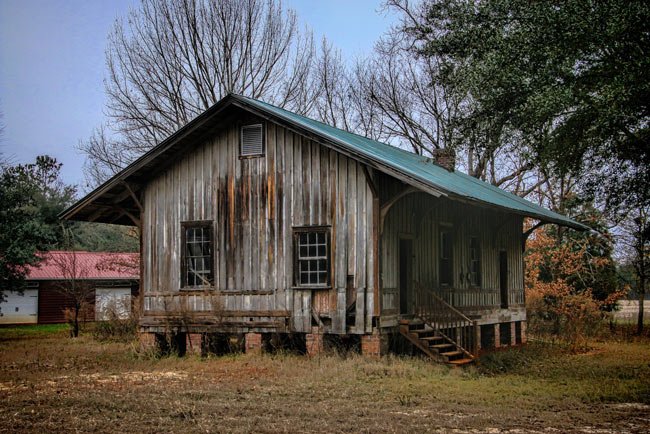 Today the space that the depot occupied for so long is now vacant. In August of 2011, the depot once again returned to Sumter County. Edwin Brogdon, grandson of William Brogdon, grew up in the early part of the twentieth century watching the trains roll by just yards from his home in Brogdon’s Station which was constructed around 1883 (seen below). 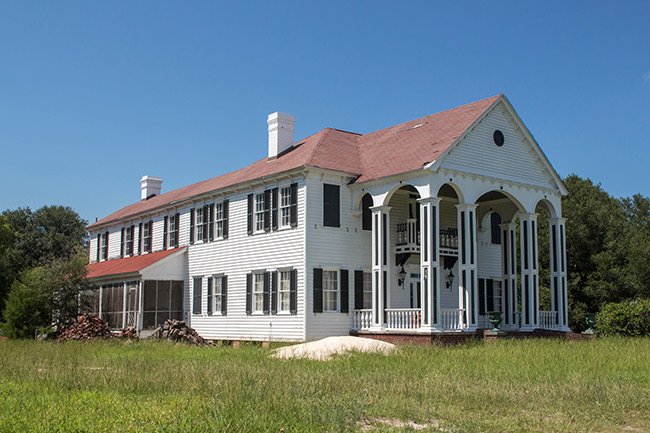 Recently he was able to acquire the depot and have it relocated to a spot he cleared on his property just for the train station near its original site along the tracks. Brogdon plans to use the depot as his personal library. 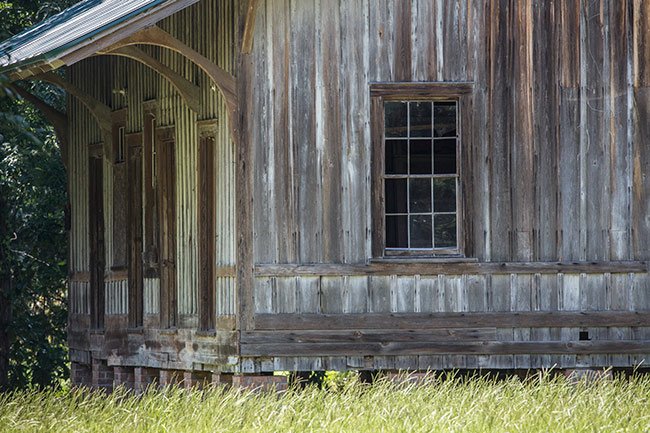