This antebellum Georgian house in Sumter was built around 1854 for merchant John E. Brown. However, it is named for renowned artist Elizabeth White, whose grandfather, Anthony White, bought the home in 1886. Elizabeth White, whose work has been shown globally – including in the Smithsonian Institute in Washington, D.C. – lived here until her death in 1976. While not a commercially successful artist, White was nonetheless recognized internationally for her etchings, pastels, and watercolors depicting rural Southern life. 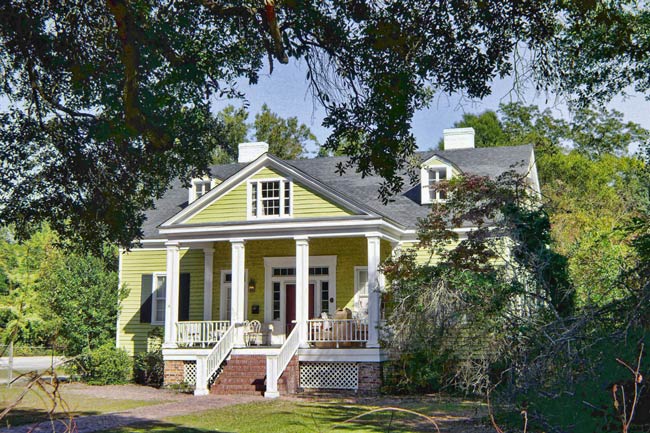 White converted the detached kitchen of her family’s home into a studio, seen below. Before returning to Sumter, she studied at the Pennsylvania Academy of Fine Arts and worked alongside visionaries such as writers Willa Cather and Thornton Wilder in the 1930s while at the MacDowell Colony, an artists’ colony in Peterborough, New Hampshire. It was around this time when White’s work began to receive attention. She eventually came home to teach in local public schools as well as at the University of South Carolina. She continued to create, though she neglected to sign or title most of her work. 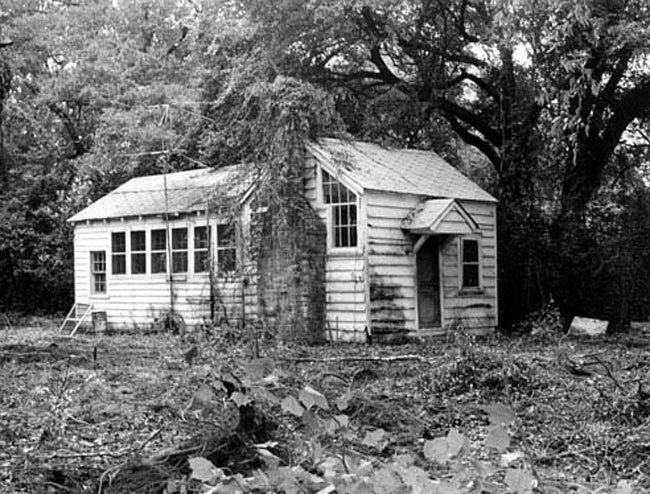 SC Department of Archives and History, 1977

White stipulated that her house be used as an art museum and gallery upon her death, and from 1977 through 2002 the Sumter County Gallery of Art was housed in the historic home. (Her works had previously been displayed at the Sumter Carnegie Library, from 1970-1977.) During the 1980s Sumter County renovated part of the former Edmunds High School, converting it into a center for the performing arts called Patriot Hall. An adjacent wing was later restored as the new art gallery and museum, and the Sumter County Gallery of Art relocated to the building in February of 2003. The restored school building is known as the Sumter County Cultural Center. Today the Elizabeth White House is again a private residence. Two etchings by Elizabeth White are permanently housed in the Library of Congress: Birches and Pines and All God’s Chilluns’ Got Wings!.

The Elizabeth White House is located in the National Register:

The Elizabeth White House, built ca. 1854, is significant architecturally as an example of vernacular Greek Revival design and for its association with Elizabeth White (1883-1976), a nationally recognized artist. Most likely, the house was built by John E. Brown, a merchant, ca. 1854. In 1886, the property was acquired by the Anthony White family whose members were prominent in the political, social and commercial development of Sumter. The property remained in the White family until the death of Elizabeth White in 1976. White’s work has been exhibited at the Smithsonian Institution (1939), the New York’s World’s Fair (1939), and the International Biennial Exhibition of Art in Venice, Italy. One of her etchings hangs permanently in the Library of Congress. Under the provisions of White’s will, the property has been transferred to the Sumter Gallery of Art for use as an art gallery.