High Hills Baptist Church, also known as High Hills of Santee Baptist Church, was founded in 1770. Its current building was constructed in 1848 by William Sanders, replacing an earlier house of worship that was constructed in 1803. Richard Furman served as the church’s first pastor shortly after converting to the Baptist denomination and deserting his Anglican roots. 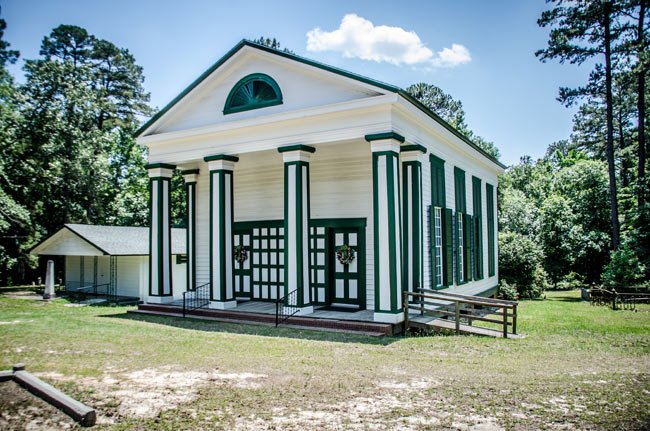 Furman was converted by a local pastor, Joseph Reese, after his family relocated to the High Hills (Stateburg) area from New York state. Many Baptist churches emerged in the area and throughout South Carolina a result of Reverend Furman’s influence. Furman University in Greenville was established in 1826, the year after Furman’s death, and is named for the noted Baptist minister. 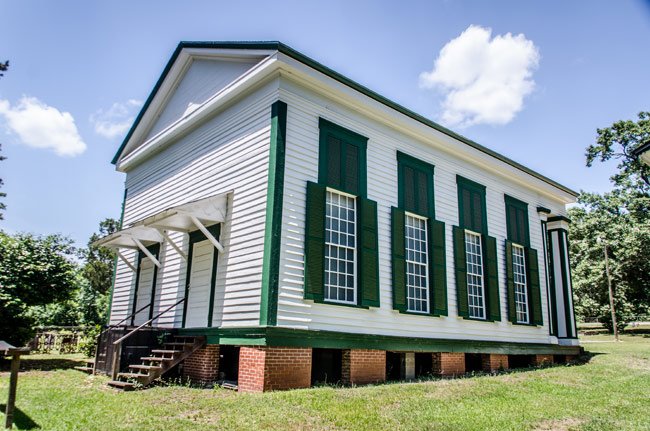 Contributor James Jenkins says, “Historical markers indicate the High Hills Baptist Church was established on land given by Dr. Joseph Howard. It was moved to land purchased from Gen. Thomas Sumter (the present site). Pastor John M. Roberts (in 1799) opened Roberts Academy, the first Baptist Educational Institution in the state. Furman University later followed in 1826 and later the Southern Baptist Seminary. The church is fenced and should be respected if you visit the site.” 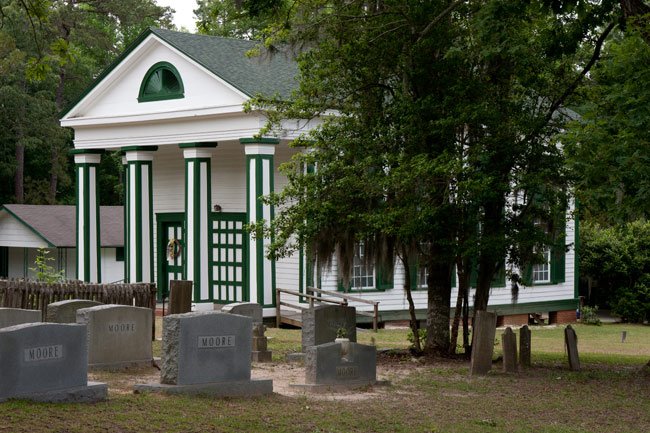 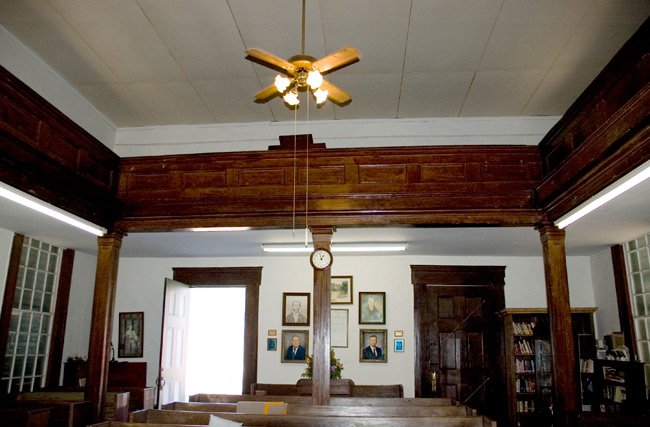 High Hills Baptist Church is listed in the National Register as part of the Stateburg Historic District, which says the following about the area:

Stateburg derives part of its historical significance from its connection with Revolutionary General Thomas Sumter, who founded the town in 1783 and named it in hopes that it would be chosen as the new state capital. It missed this distinction in 1786 by only a few votes. The town was also the site of Revolutionary War activity. Both Generals Cornwallis and Greene camped in the area and Sumter’s home was destroyed by Colonel Tarleton. Although original plans to construct water transportation routes to facilitate trade with other parts of the state never materialized, Stateburg developed into an important South Carolina antebellum residential area. From 1783 to 1800 it was county seat for Claremont County, and until the Civil War, was a thriving town.