The architecture in Mayesville hasn’t changed much since its downtown was developed in the late nineteenth and early twentieth centuries. The rural community in Sumter County was founded after planter Matthew “Squire” Peterson Mayes moved to the area from Virginia in 1820. Soon relatives followed and established a small agricultural community here. 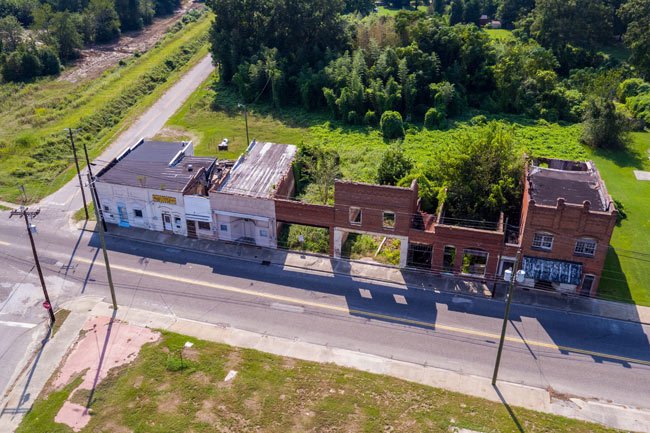 Ken Toney of Boiling Springs, 2016 © Do Not Use Without Written Consent

When the Wilmington and Manchester Railroad established a line through Mayes’ property and subsequently built a depot called Mayes Station in 1852, the community became known as Mayesville. The town suffered when Union soldiers destroyed the railroad during the Civil War, but like many places, Mayesville eventually rebuilt and recovered. 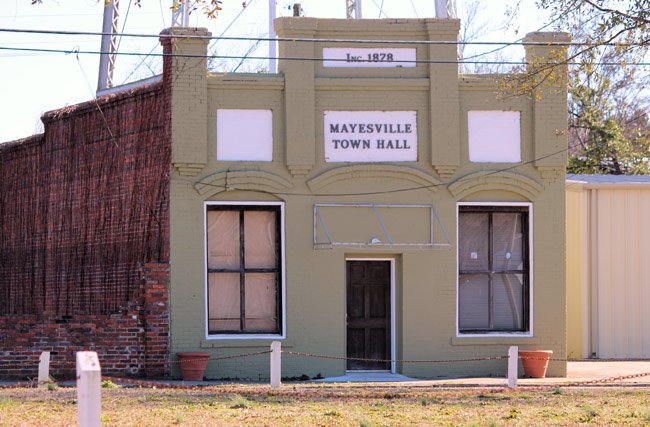 The town officially incorporated in 1878 and continued to develop. The Mayesville Town Hall, seen above, was built around 1900 along with nearby buildings such as the Kineen Hotel and the strip of commercial buildings seen at the top of the page. As the automobile industry and interstate system began to divert rail passengers from the town, commerce here withered and many businesses, including the hotel, closed. However, the Mayesville Town Hall still serves the residents of this small community.

The Mayesville Historic District is listed in the National Register: