Imagine living in a time when traveling, acquiring basic goods, and even sending and receiving mail depended on local railways. Such was the case in the community of Pinewood, once a hub of train travel between the towns of Sumter and Denmark. 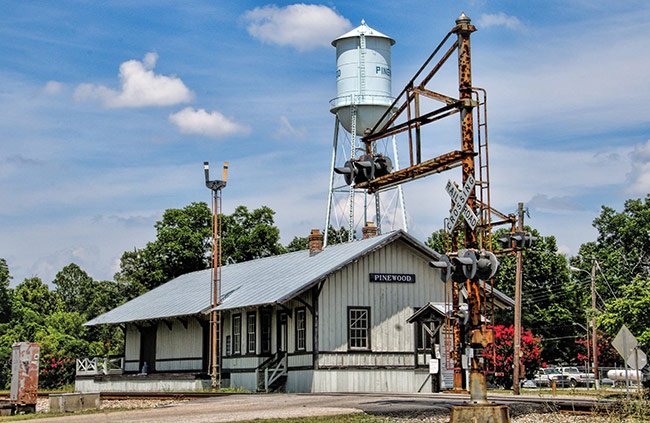 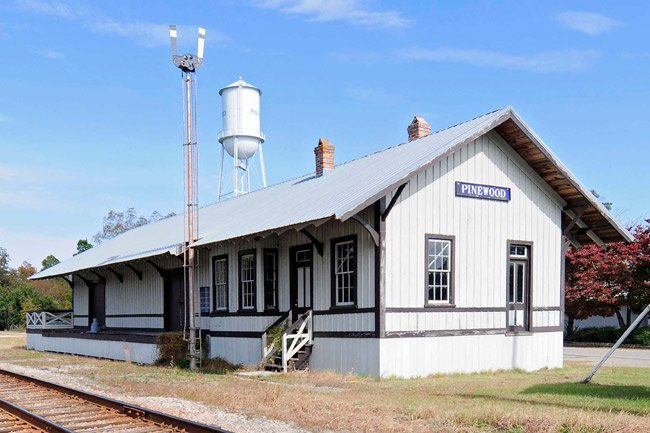 The right-of-way on which the depot stands is currently owned by transportation giant CSX, which deeded the structure to the Sumter County Historical Commission after it was damaged by Hurricane Hugo in 1989. With the support of the community, the historical commission undertook extensive repairs totaling well over $500,000. Upon completion of its restoration, the building was then deeded back to the Town of Pinewood. 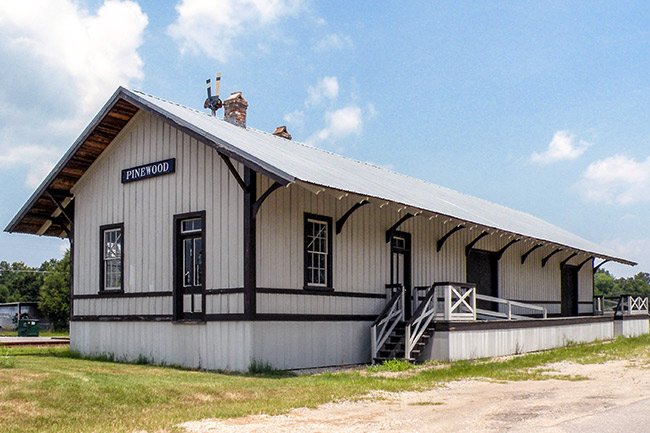 Pinewood is located in southeastern Sumter County close to the Clarendon County line at the convergence of SC 261 and SC 120. The Town of Pinewood started out in Clarendon County and in fact was originally incorporated as Clarendon in 1899. County boundary lines were redrawn in 1920, and a 92-mile portion of Clarendon County, including Pinewood, was annexed by Sumter County. The town’s name was changed to Pinewood in 1902 in deference to its surrounding trees. 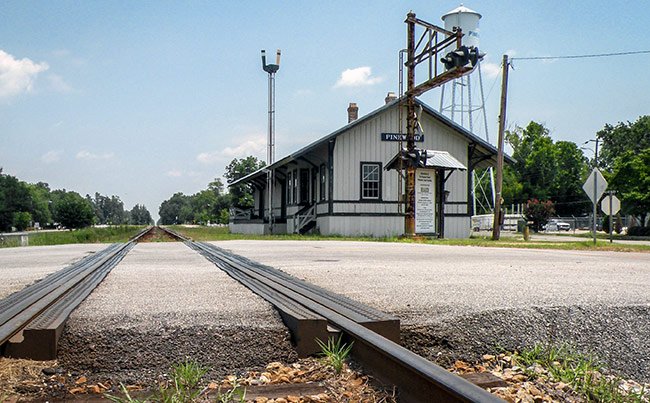 The town’s early footprint centered around Millford’s Plantation (seen below), but with the coming of the rail line, relocated to the area surrounding the depot. Although the population of Pinewood is now just over 500, at one time the community bustled with as many as 65 trains passing through each day. 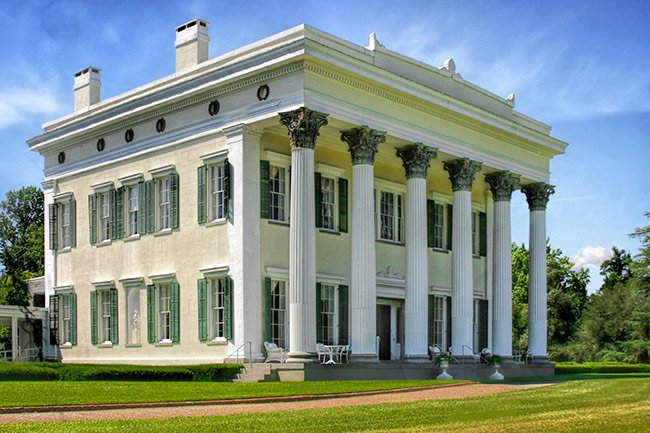 Millford was a cotton plantation, and enslaved people once lived in white stone houses located to the side and back of the owner’s residence. The mansion is a monumental architectural achievement in the Greek Revival style, built between 1839 and 1841 for John L. Manning, Governor of South Carolina from 1852 to 1854. The house was purchased in 1992 and meticulously restored by Richard H. Jenrette who eventually donated the house to his trust, Classical American Homes Preservation Trust. The house is occasionally open for tours to the public. 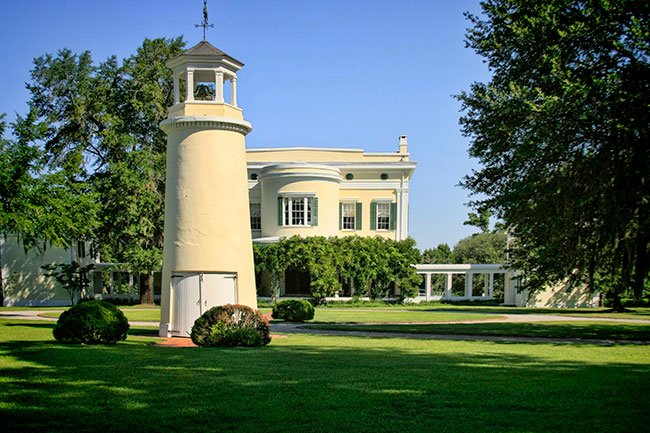 Interestingly, Pinewood’s depot bears a striking resemblance to the depot in Salters.

The depot is listed in the National Register, which says the following:

Pinewood was founded in 1888 when the railroad made this rural community a station on the line to Sumter. The Pinewood Depot was erected by 1889 in the center of the village and was the center of the community during the heyday of the railroad. It is a one-story gable end building with a metal roof and board and batten siding. The wide eaves of the roof are supported by curved knee braces and the ends of the rafters are sawn to form an ellipse.

Though abandoned for use after passenger rail transportation ceased in the mid-twentieth century, the depot is still viewed by residents of Pinewood as an important landmark. It is symbolic of the importance of rail transportation in the rural agricultural communities of the state. The depot was a conduit not only for travel, but also for mail, the transportation of goods, and was a window to the outside world. Most importantly, the Pinewood Depot is the last railroad depot standing in Sumter County.

Linda Brown’s below comes to us by way of SouthernCrescent.org, an effort by the Center for a Better South to promote opportunity and reduce poverty in forgotten areas of the rural South that stretch from Tidewater Virginia through the eastern Carolinas and on to middle and southern Georgia and Alabama before turning northwesterly to the Delta. 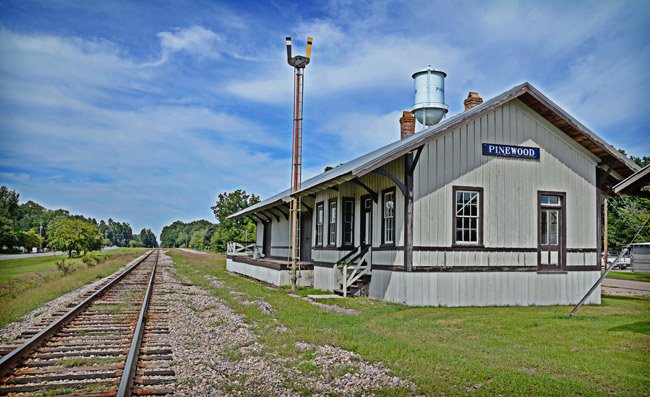 Andy Brack, the Center’s president and chairman, notes the following about Pinewood and its depot: “Pinewood, population 538 in rural Sumter County, S.C., has this old, restored railroad depot, which is similar to ones in Salters, SC, and Leary, GA. Sumter County, which is home to Shaw Air Force Base, is comprised of 108,052 people. Just under 50 percent are white; 47 percent are black. The poverty rate is estimated to be 18.2 percent in the county, but it is a much higher percentage in places like Pinewood.”