This wooded area in Stateburg, known as Sumter Memorial Park, contains the graves of General Thomas Sumter and his family. It was once part of Home House Plantation, owned by General Sumter. Born in Virginia, Sumter moved to St. Mark’s Parish (present-day Sumter County, named in his honor) in the 1760s. He established a store, a sawmill, and a gristmill. He also bought land for plantations and slaves to operate them. 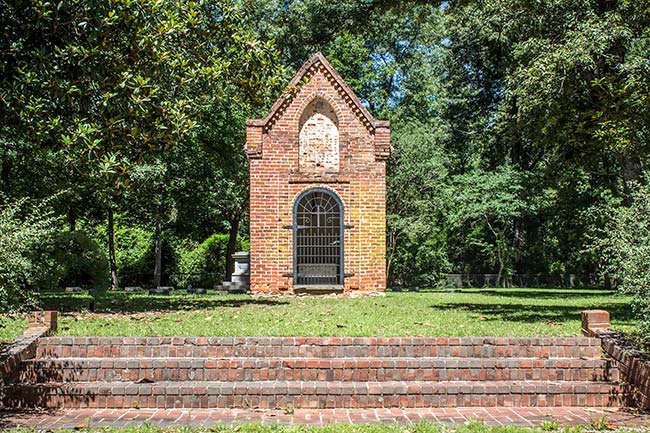 Sumter began his military career serving in the Virginia Militia during Cherokee Indian War. When he came to South Carolina from Virginia, he briefly lived among the Cherokees – his former adversaries – and captured Baron Des Onnes, a French emissary who sought to crate conflict between the Cherokees and the British. 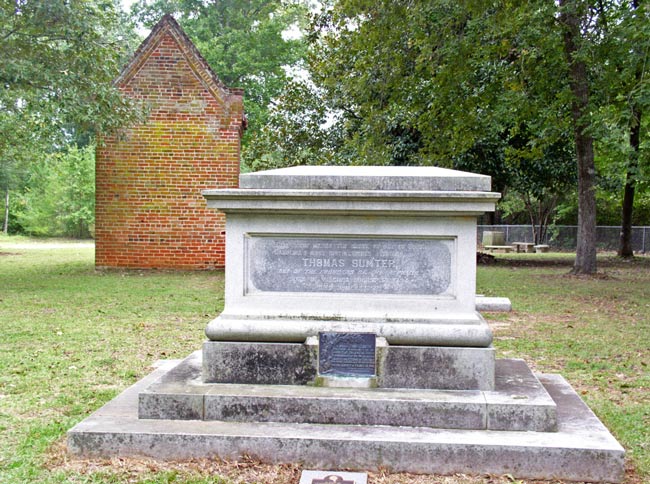 He later returned to Virginia but was arrested for debt. When he left the jail – some accounts say he bought his way out, others say he escaped – he made his home in present-day Stateburg. He is best known for his valor during the Revolutionary War, earning himself the nickname of “The Gamecock” for his fighting skills. The moniker is attributed to British General Banastre Tarleton. 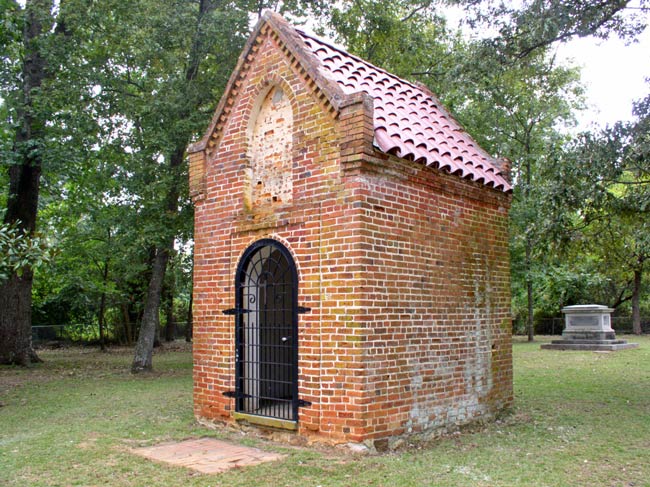 Following the war, General Sumter served in the United States Congress from 1789 through 1793 and again from 1797 through 1801. He then served as a United States Senator in 1801, replacing Charles Pinckney, until his resignation in 1810. When General Sumter passed away in 1832 just shy of his 98th birthday, he was the last Revolutionary War general to die. He requested that he be buried at Home House Plantation next to his wife, Mary, who had died in 1817. Both his son, Thomas Sumter, Jr. and his wife, Nathalie DeLage Sumter, are also buried at the family site. Nathalie DeLage Sumter requested that a small chapel be erected over her grave (seen above) upon her death. General Thomas Sumter’s grave was unmarked until 1907 when the South Carolina legislature approved appropriations for a marker. 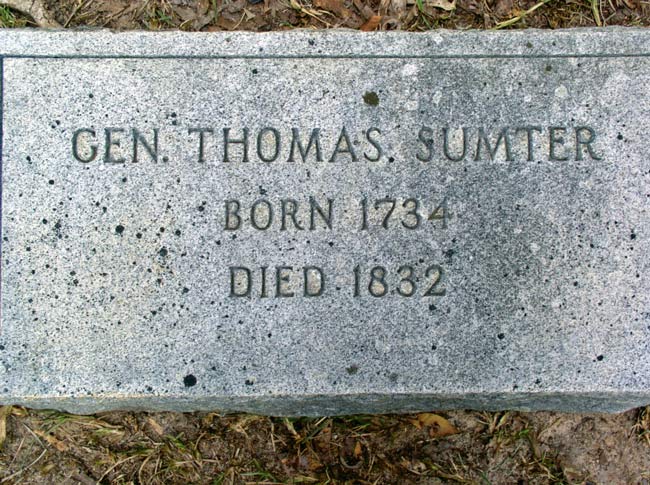 Sumter Memorial Park is listed in the National Register as the Tomb of General Thomas Sumter, part of the Stateburg Historic District:

Stateburg derives part of its historical significance from its connection with Revolutionary General Thomas Sumter, who founded the town in 1783 and named it in hopes that it would be chosen as the new state capital. It missed this distinction in 1786 by only a few votes. The town was also the site of Revolutionary War activity. Both Generals Cornwallis and Greene camped in the area and Sumter’s home was destroyed by Colonel Tarleton. Although original plans to construct water transportation routes to facilitate trade with other parts of the state never materialized, Stateburg developed into an important South Carolina antebellum residential area. From 1783 to 1800 it was county seat for Claremont County, and until the Civil War, was a thriving town.