Daufuskie Island is a sea island located at the southern tip of Beaufort County. Savannah, Georgia is one hour to the east, separated by the Intracoastal Waterway and the Savannah River.

It is frequently said that Daufuskie’s name in Gullah – “das • fus • cay” – means “the first caye” (or “key”) north of Savannah. However, this is inaccurate. The Creek Indians were the island’s first inhabitants, and in their language “Daufa” means “feather” and “Fuskie” means “pointed.” They joined these two words to refer to the shape of the island. Over the years, the spelling and pronunciation have changed. Today the accepted pronunciation is “duh • FUS • key.”

Gullah culture is alive and well on many South Carolina’s sea islands, including Daufuskie. This unique blend of English, Scottish, and various West African dialects and tradtions evolved among slaves who came from different countries and found themselves working together on plantations. 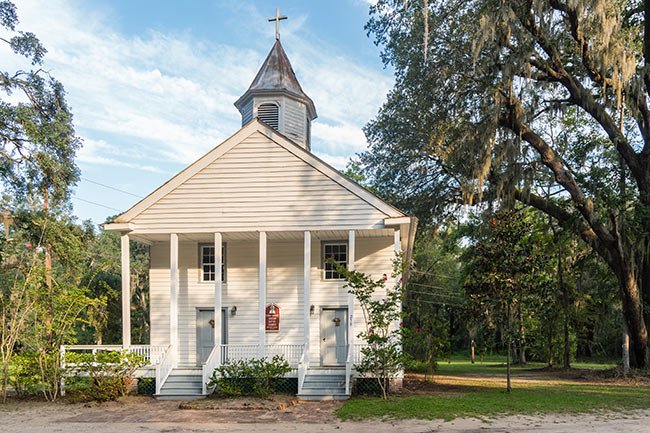