The two-mile-long Lockhart Canal in the Union County town for which it was named was completed in 1823. Designed by noted architect Robert Mills, who served as the State Architect and Engineer for the South Carolina Board of Public Works from 1820 through 1830, it was part of an eight-canal system built in the 1820s to create a navigable water transportation route and make most of the state accessible by water. The Lockhart Canal consisted of seven locks – six lift locks and one guard lock – made of local blue granite. 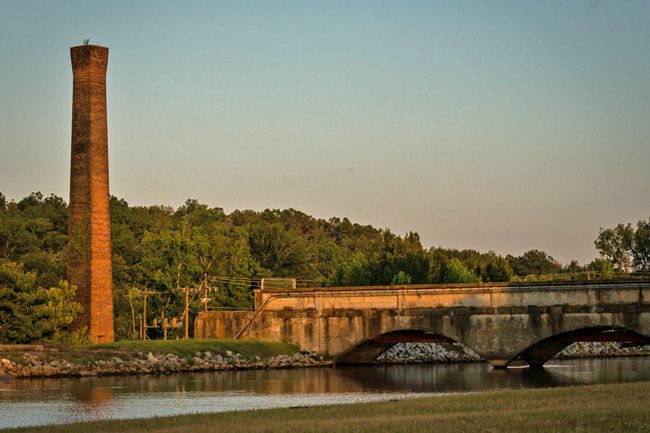 Peter Krenn of Rock Hill, 2016 © Do Not Use Without Written Consent

Despite the enthusiasm for the canal system in the early nineteenth century, the routes determined by the General Assembly were not efficient and thus were underused, causing most of the canals to close by 1838. Mills had recommended an inland navigational system between Columbia and Charleston, but the cost of such a system was more than the state wanted to spend, and Upstate canals were developed instead. The rise of the railroad system also siphoned business from the canals. The Lockhart Canal lasted longer than most, finally closing in 1849. 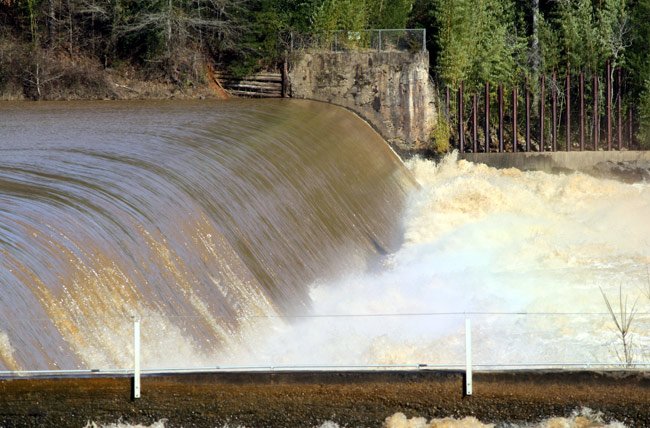 The canal diverts water from the Broad River, which runs adjacent to the waterway. When the textile boom arrived in South Carolina towards the end of the nineteenth century, the canal was re-cut and a dam was built to power a cotton mill that was established on land between the canal and the Broad River. The Lockhart Mill began operations in 1894, shortly after nearby Union Cotton Mills started producing textiles. 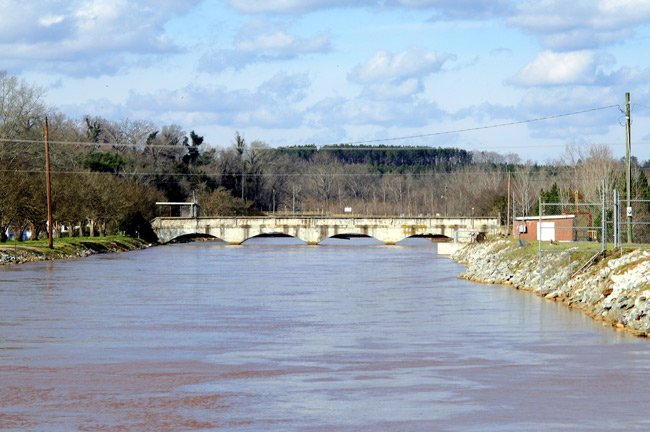 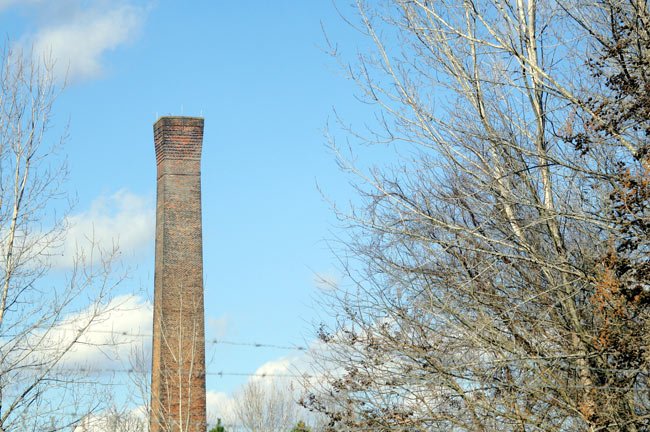 While the canal is still in use as a source of hydroelectric power, Lockhart Mill closed in 1994 as textile production became increasingly outsourced to foreign countries. What remains of the mill are a tower, seen above, and the bridge, which crosses the canal to the mill site. The bridge, seen in the photo above the mill tower, is presently closed to all traffic, including pedestrians. 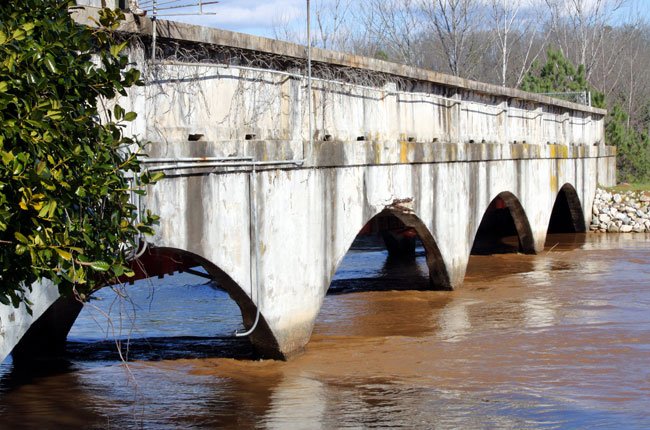 Reflections on the Lockhart Canal

Contributor Peter Krenn says of his photo above, “This is the old footbridge where the workers walked over the canal to go to work at the mill from Lockhart. The mill is long gone, but the smokestack remains.”