This modern brick church in the Williamsburg County community of Cades is the third to house the congregation of Bethesda United Methodist. The congregation formed in 1879, and worshipers initially gathered beneath a brush arbor to hear sermons by circuit preachers. 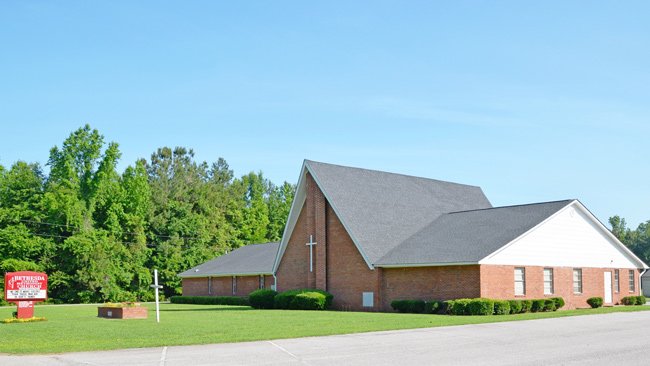 Around 1884, a one-room church was built for the burgeoning congregation about a quarter-mile west of this site. This simple church served its members for nearly ten years. In 1893, this two-acre site was purchased, and the church relocated down the road. 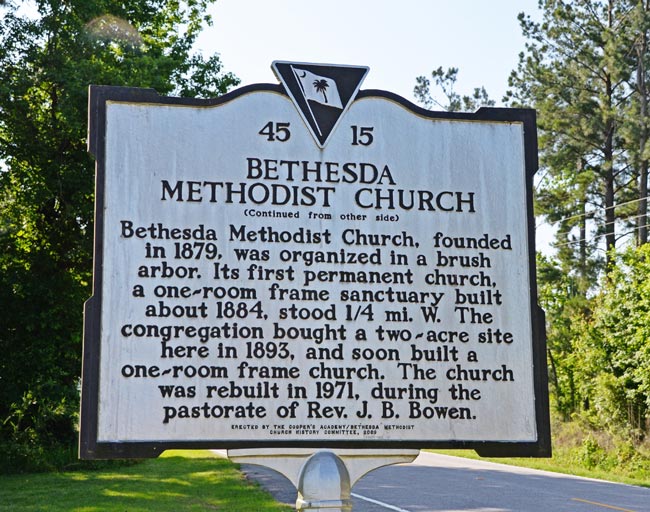 A new frame church was quickly built on this site and housed the congregation for nearly a century. In 1971 the present church, shown here, replaced the historic sanctuary. Sitting next to the church is the vacant building of the former Cooper’s Academy, a private school established in 1905 for African-American children.