Snow blankets the banks of the Black River in this photo taken Kingstree in January of 2014. The 150-mile-long river begins in Lee County just south of the county seat of Bishopville and winds through the coastal plain. It courses through Sumter, Clarendon, and Williamsburg counties before merging with the Great Pee Dee River in Georgetown County. 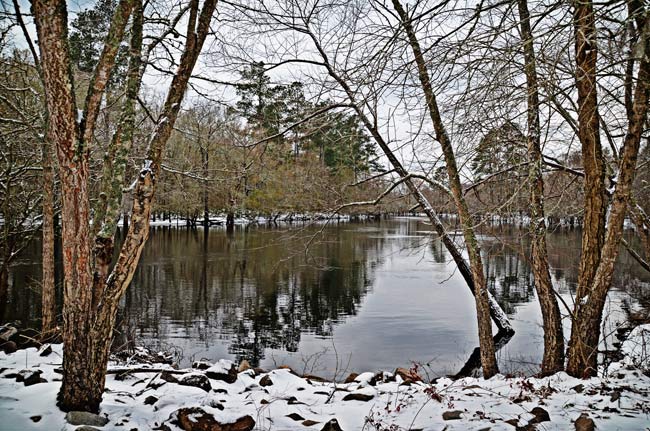 Called the Wee Nee by the Native Americans who once inhabited the area, the blackwater river is stained from the tannins leached from the leaf debris of surrounding trees. Its waters are the perfect place for observing wildlife such as the swallow-tailed kite, and its undeveloped environs provide desirable habitat for threatened and endangered plants and animals. 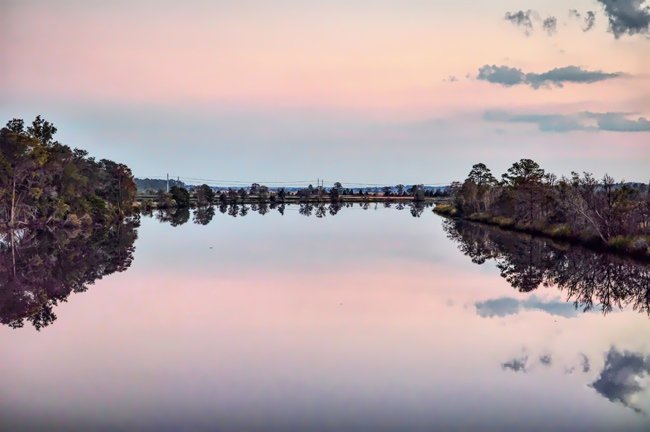 Gregg Turbeville of Myrtle Beach, 2016 © Do Not Use Without Written Consent 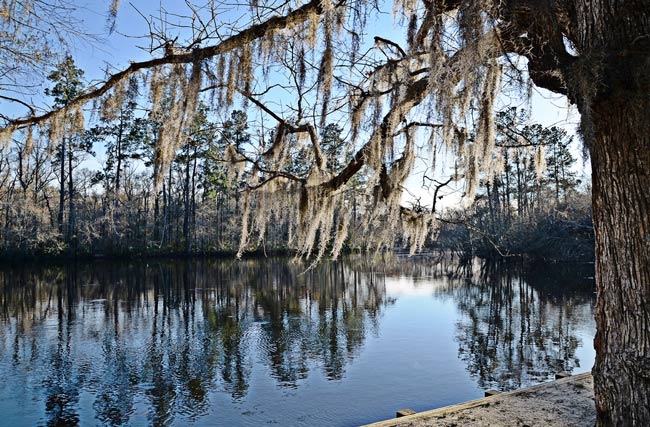 The Nature Conservancy, a private conservation group, also owns and manages more than 1,700 acres of land along the Black River known as the Black River Preserve. TNC’s primary focus is preserving the Black River narrows, or the long, narrow 10-mile stretch of river just below the South Carolina Highway 41 bridge that is rich with wildlife such as swallow-tailed kites and prothonotary warblers. 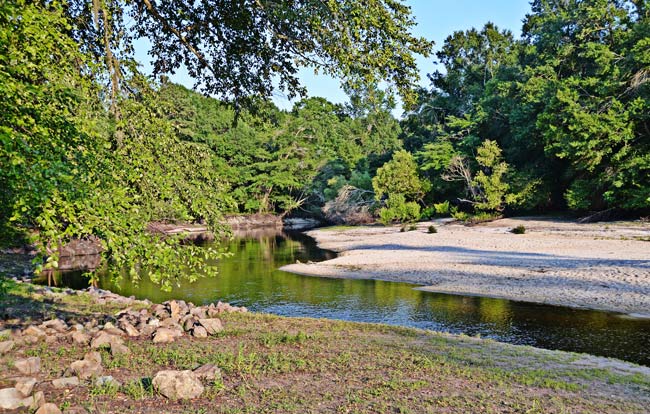 South Carolina experienced devastating floods across the entire state in the early days of October, 2015. Heavy rains began on Thursday, October 1st, and with Hurricane Joaquin stalled in the Atlantic Ocean, the storm system was locked in place. This resulted in what is known as an “1,000-year flood,” or flooding so rare it has a 0.1% chance of occurring in any given year. 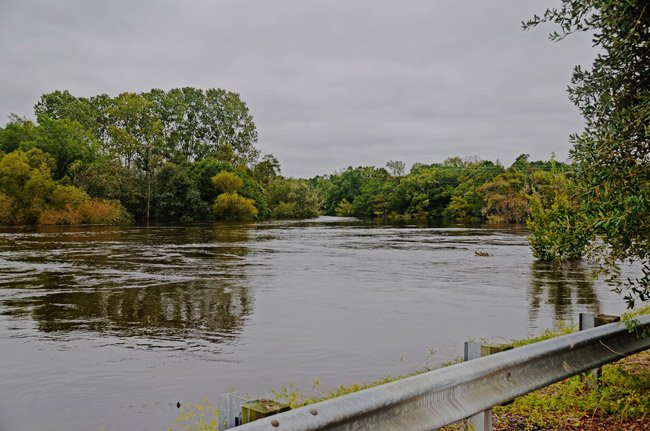 The rains ceased by the first few days of the following week, but rivers continued to crest on Monday and Tuesday – some to unprecedented levels – causing extreme damage to roads, bridges, and many homes. Nearly 6 trillion gallons of water covered the state over the course of a week, and seventeen people, including two in North Carolina, died in the event. 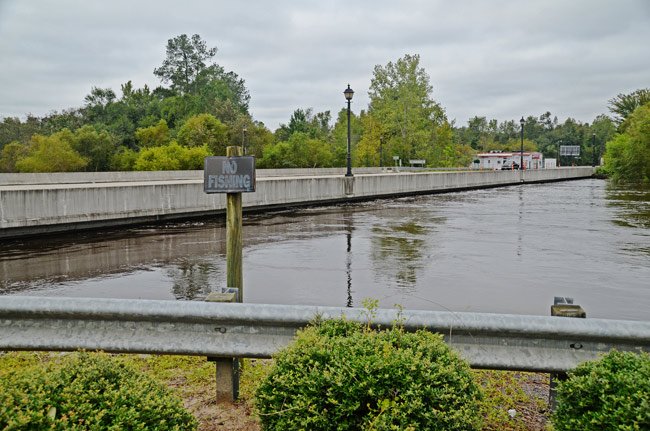 The Black River at Kingstree crested on Wednesday, October 7th at a record 22.65 feet. The prior record measured the river cresting at 19.77 feet on June 14th, 1973. The Lamar Nathaniel Johnson Bridge, seen in the above photo, was one of hundreds of South Carolina bridges and roads closed as a result of dangerous water levels. A week later, 86 roads and bridges remained closed due to damage incurred by the flood.

Reflections on the Black River

Contributor Linda Brown tells us of the top photo: “The Black River, as seen from Gilland Memorial Park in Kingstree, during last year’s (2014) snow.”

She goes on to describe the scene for the third photo, taken in early June of 2015: “This is what happens to the river here when we don’t have a lot of rain. People were walking across it with the water coming only to their ankles.”

Contributor Gregg Turbeville says of his photo: “This photo of the Black River was taken near sunset (sun at my back) while traveling from Georgetown back to Myrtle Beach along United States Highway 701. I’m originally from Georgetown and had been visiting my parents one afternoon. This is the section of the Black River where I learned water ski many years ago as a teenager.”