Cooper’s Country Store in the Williamsburg County town of Salters may look like a regular pit stop for travelers on their way to the Grand Strand, but it is actually a destination for South Carolinians looking for the some of the state’s most savory barbecue and tastiest country hams. 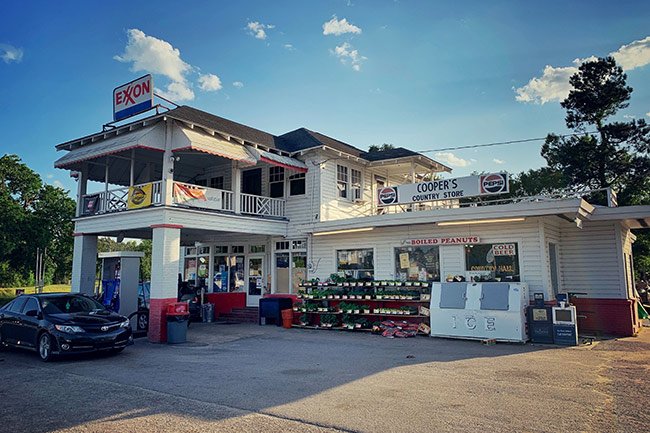 When United States Highway 521 was built in 1937, connecting Manning to Georgetown, entrepreneur Theron Burrows decided to take advantage of the traffic that would be passing through his town. He opened an Esso station that also stocked the usual convenient store staples and fed hungry day trippers. 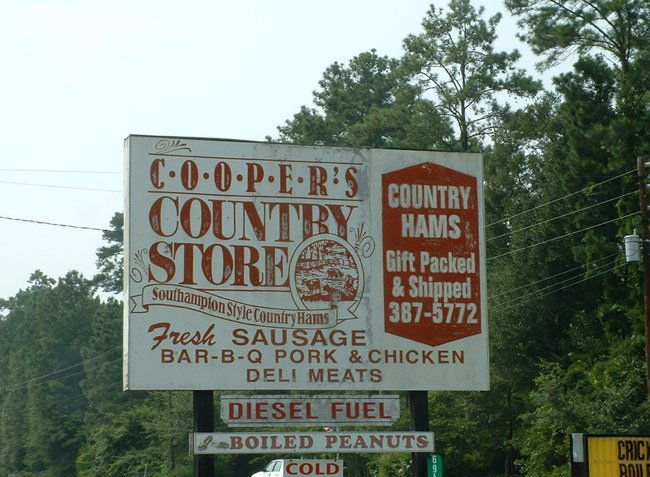 Darrell Parker of North Charleston, 2002 © Do Not Use Without Written Consent

When Burrows died in 1974, the store fell under the ownership of his daughter and son-in-law, George and Adalyn Cooper. The Coopers built a smoke pit and began selling barbecued chickens and hogs. In addition to the smoked meats, patrons can select a country ham or any part of the pig to take home and cook themselves. It even sells the whole hog head for making headcheese. 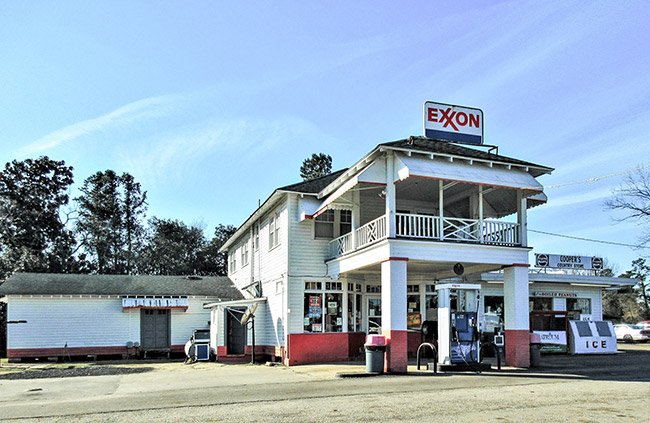 Today Coopers’ Country Store is run by George and Adalyn’s nephew, Russell Cooper. It remains a popular stop with travelers and locals alike, boasting spicy barbecue sauce that, according to Cooper, will “pull the sweat out from under your eyes.” 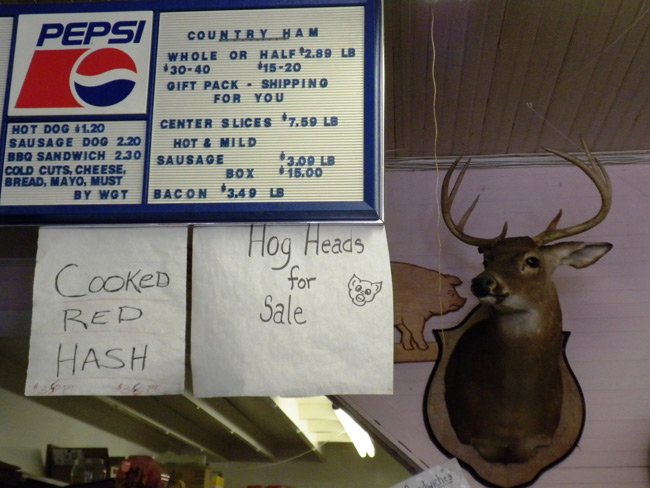 John Nelson of Columbia, 2009 © Do Not Use Without Written Consent

Esther Fogle, a longtime SC Picture Project contributor, describes the scene she found at Cooper’s Country Store in 2008: “If you want to step back in time, take the ‘back way’ to Myrtle Beach and travel down US 521, two miles from Salters. You will find Cooper’s Country Store, owned by Adalyn and George Cooper. It’s like being in another era. It still has the old wooden floors and old-timey meat cases. They sell buckets of lard and barbecued pigs’ feet. In the back of the store, you will find country hams hanging from the ceiling the old fashioned way. It’s probably one of the last ole-timey ‘Mom and Pop’ stores around and it’s right here in South Carolina.”

Esther Fogle of Easley, 2008 © Do Not Use Without Written Consent

John Nelson, who sent us the below photo of the ceiling-strung hams, says: “Inside the store is a screen ‘closet’ where they hang up hams to cure. What an aroma!” 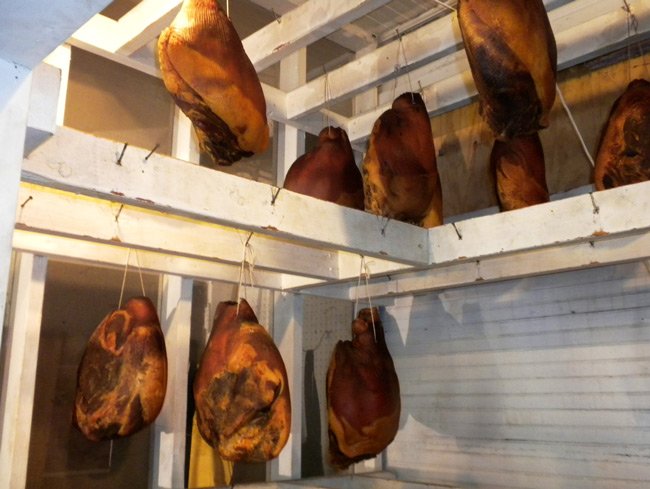 John Nelson of Columbia, 2009 © Do Not Use Without Written Consent