This former brick school and gymnasium in the Indiantown community of Hemingway sit adjacent to Indiantown Presbyterian Church. The school served white students during segregation. Black students attended nearby Battery Park School during the 1950s; that school was built as an equalization school, or a school built with ostensibly the same accommodations as white schools. Equalization schools were popular in South Carolina as a means to forestall integration. 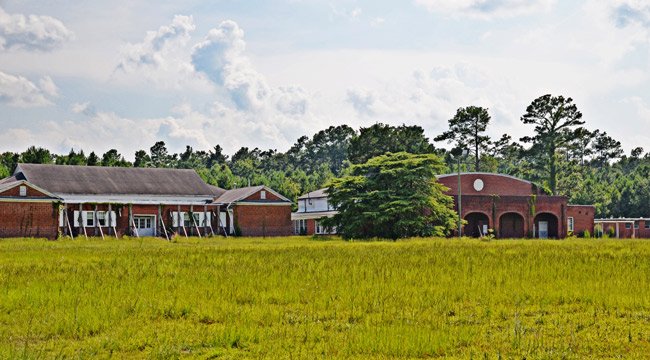 According to photographer Linda Brown, Indiantown Presbyterian Church purchased the buildings after the school closed. Brown recalls, “I remember in the 1980s attending concerts and locally produced plays there.” 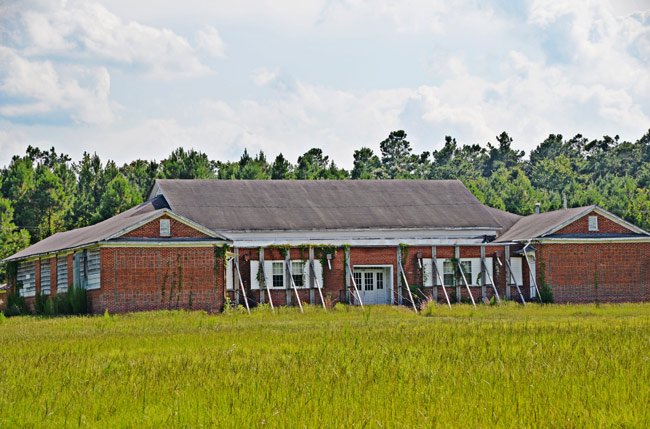 The buildings have fallen into disrepair, so they likely have not hosted events in a number of years. However, also according to Brown, there have been talks in recent years about restoring the former school buildings, though no evidence shows that such efforts have yet begun. 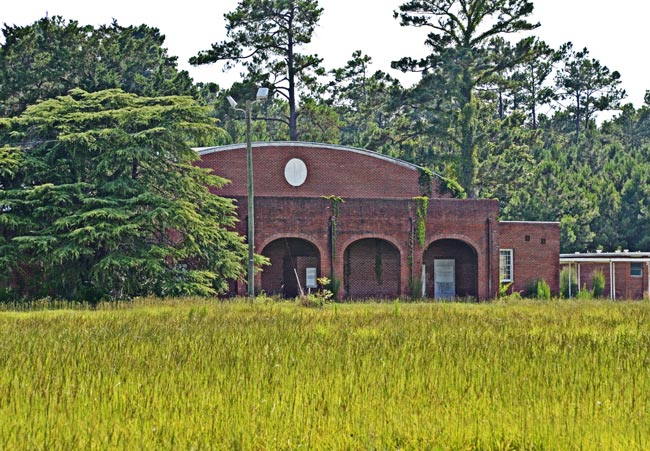 We would like to make this page better but are having trouble finding information about either the old school or the gymnasium. Do you know anything about these landmarks that you can share? No detail is to small. Please send your story to the South Carolina Picture Project. We appreciate it!