This house is the oldest surviving residence in the Pee Dee region of South Carolina. Now located in the town of Kingstree, the home was built on a nearby plantation in 1749. Originally owned by Irish immigrant James Witherspoon – founder of Williamsburg Presbyterian Church – the pre-Revolutionary War home includes historic details such as hand-hewn heart pine beams and leather washers. 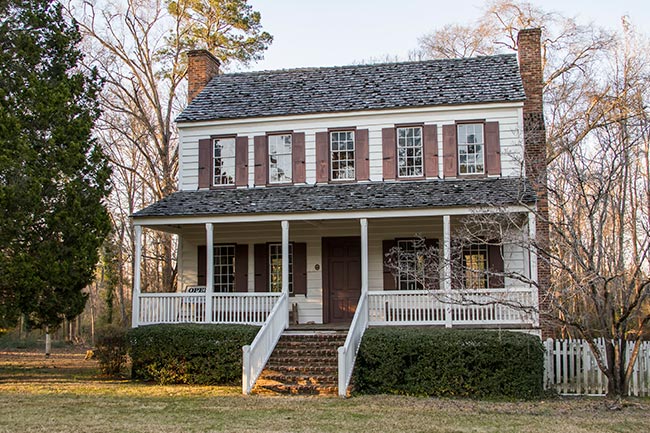 Following the death of Witherspoon, the property went to his son, Gavin. During the Revolutionary War, Lieutenant Colonel Banastre Tarleton made Witherspoon’s plantation his encampment along with 100 British dragoons. Their use of the property likely spared it from being burned. 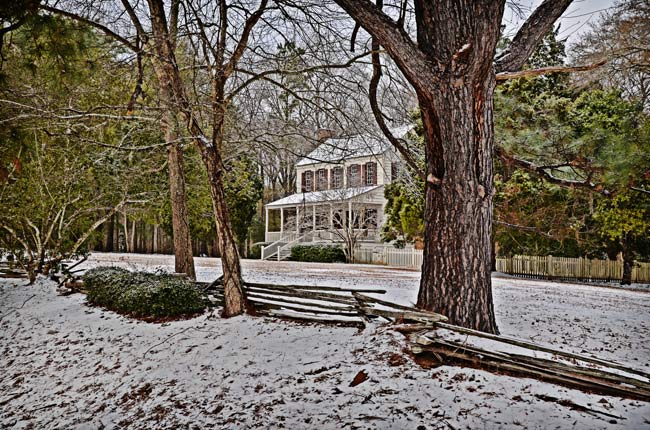 Gavin Witherspoon died intestate, and the plantation was purchased by John A. Gordon in 1826. The property remained in the Gordon family until the early twentieth century. It changed hands a few times before being bought by the Williamsburg Historical Society. On December 2, 1969, the home was moved from its original location to its current site within Fluitt-Nelson Memorial Park by the society to ensure its protection from vandals and the elements. The society restored the home and continues to preserve it as a house museum. 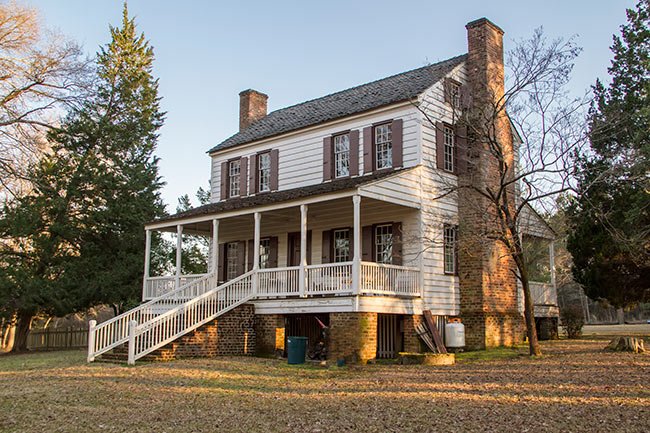 Thorntree is listed in the National Register:

(Witherspoon House) The oldest known residence in the Pee Dee area, Thorntree is an excellent example of the earliest plantation houses constructed entirely of native materials. Built by Irish immigrant James Witherspoon in 1749, the house possesses a progressive rural domestic design. The house was located in the wilderness and adapted to the New World, but with refinements recalling the good life in the Old World. The two-story frame “I-House” type house has a hall and parlor plan with exterior end chimneys, and full-length piazzas on the front and rear elevations. Its brick piers support hand-hewn heart pine beams. All twenty-four windows have pine paneled shutters fastened with hand-forged strap hinges. The entire interior is pine: the floors, walls, ceilings, cornices, mantels and all overmantels (except two that are plastered). The house was moved from an inaccessible rural site to preserve it. The original site was unavailable for purchase, and unprotected against fire and vandalism. The present site is within the city on land donated as a memorial park. Victorian trim, south piazza, and shed rooms added ca. 1800 have been removed. 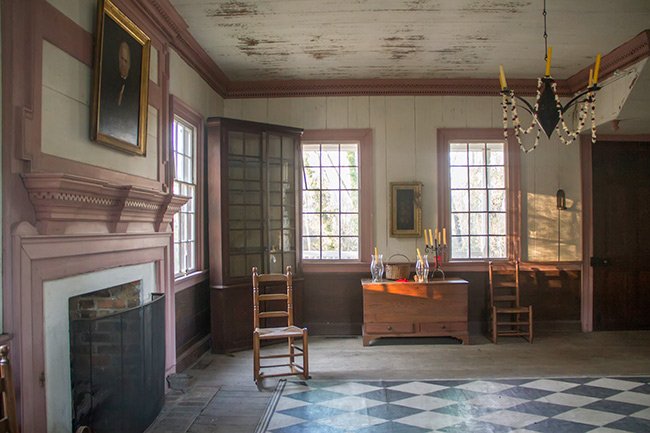 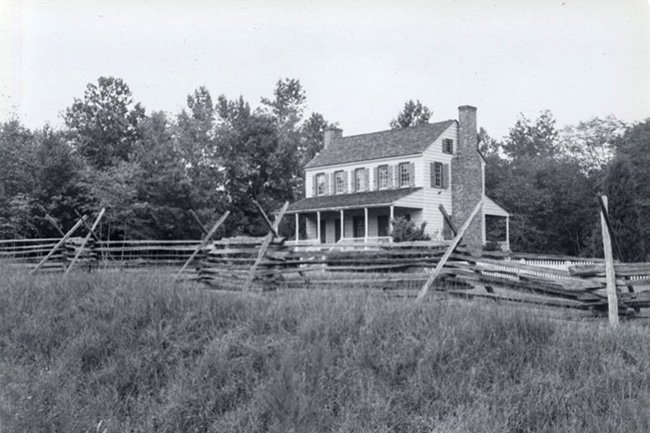 Georgetown Digital Library, 1978 © Do Not Use Without Written Consent