The barn has unfortunately been demolished as of 2014.

This barn in rural York County looks like it has been left behind as the years have passed it by. This shot was contributed to the SC Picture Project by Ryan Hawthorne, who calls Rock Hill home. 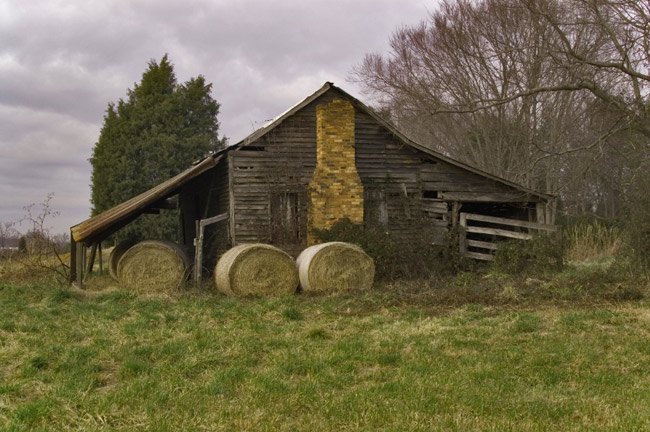 Ryan C. Hawthorne of Rock Hill, 2007 © Do Not Use Without Written Consent

He writes: “The photo was taken on SC 274 heading towards Clover. I was a chef who traveled every morning on the same route. What always amazed me about this particular scene is that despite all the changes in today’s world, and all the things rapidly growing in the surrounding area … when I walked up to this structure, you forgot it was 2007, and it felt like time had stopped here.”