By the late 1870s, Rock Hill had established itself as an important cotton market for farmers from York, Chester, and Lancaster counties. A few brokers in the area were wiling to pay more for the crop than their neighbors, spurring an increase in local production from 2,000 bales to 17,000 bales. A desire to capitalize on this success led to the construction of the Rock Hill Cotton Factory in 1881. This mill was a leader in the development of the region’s textile industry and also the first steam-powered mill in South Carolina. 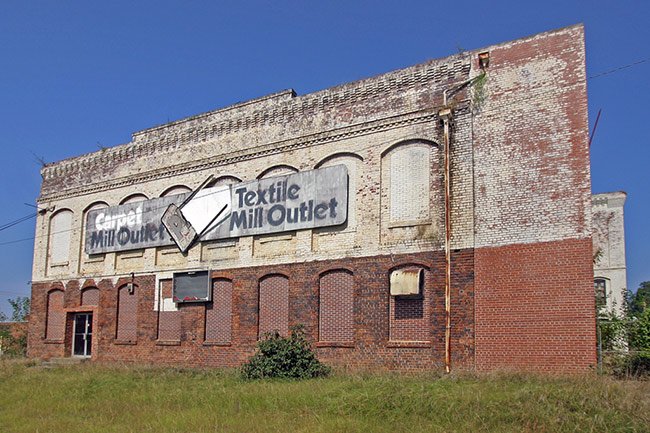 Rock Hill’s historic Cotton Factory before its restoration.
(Joseph C. Hinson of Columbia, 2005 © Do Not Use Without Written Consent)

At its advent, the mill employed 100 men, women, and children. It originally produced cotton yarns, but by 1895, looms had been installed and offerings diversified with the addition of sheeting, shirting, drills, and cotton rope. The entire operation proved to be incredibly successful, and it was reorganized in 1898 under the name of Belvedere Mills. Later it became Crescent Cotton Mill. 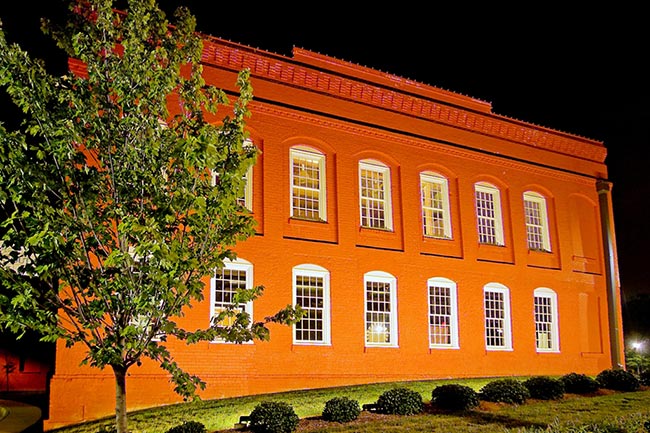 Rock Hill’s historic Cotton Factory was converted into office space after its restoration.
(Joseph C. Hinson of Columbia, 2009 © Do Not Use Without Written Consent)

In 1909 the building gained a three-story addition and offered dyeing and denim manufacturing for overalls. The mill was closed briefly in 1921 but reopened in 1925 as Cutter Manufacturing Company. During the 1930s, it became part of the Goldtex Company. In the 1990s, it served as a Plej’s Textile Outlet Store. The factory underwent a $12,000,000 renovation in the early 2000s and now serves as retail and office space. Williams & Fudge, a student loan management and collection company, occupies the second and third floors. 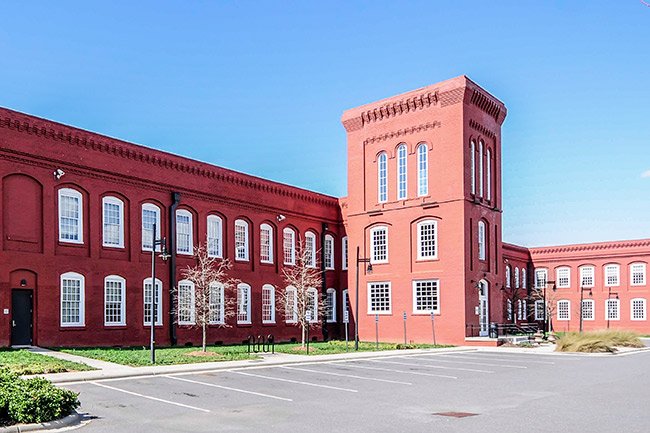 Rock Hill’s historic Cotton Factory after renovation, with three-story addition.
(Bill Fitzpatrick of Taylors, 2012 © Do Not Use Without Written Consent)

The Rock Hill Cotton Factory is listed in the National Register:

(Ostrow Textile Mill) The Rock Hill Cotton Factory, built in 1881, is significant for its leading role in the development of the textile industry in Rock Hill and for the major economic impact which this industry had on the town. The factory is also significant as an excellent example of an early textile building and of an architectural form that was repeated many times by later mills. As the cotton industry expanded in the 1870s, many communities in the Piedmont looked to financial investments and technology from New England to develop cotton manufacturing. An aggressive business community in Rock Hill set out to supply the necessary capital and labor locally. The investors recruited Captain A. D. Holler to build the mill. He used the Camperdown Mill in Greenville as a model for the new Rock Hill mill. Opening in 1881, the mill became the first steam-driven textile mill in South Carolina, and was the first mill in Rock Hill. Later, as electricity became available from the pioneering hydroelectric development of the Catawba River, the mill was converted. A number of additions have been made to the building. Listed in the National Register June 10, 1992. Boundary increase March 6, 2008.