This abandoned barber shop in the community of Smyrna once housed a bustling business. The hamlet was named for and grew around a local church, Smyrna Associate Reformed Presbyterian, established in 1834 and chartered in 1843. A school was organized in Smyrna in 1870. When the Charleston, Cincinnati, and Chicago Railroad laid tracks here in 1888, other businesses began to develop in the community, and the town was chartered in January 5, 1895. Gold mines were discovered in the area in the nineteenth century, and in 1851, a 20-pound gold nugget was found in the Martin Mine. 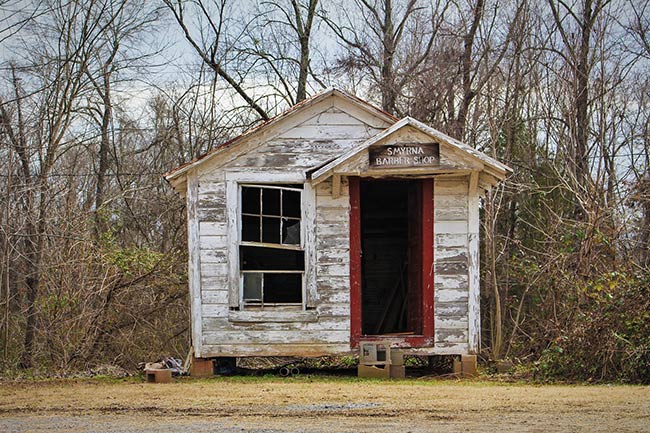 The above building was once part of the Whitesides Company, owned by Les and Gladys Whitesides. Gladys died in February of 2016, and the land has since passed to Robert Faulkner, who says the property has been in his family since 1898, when his great-grandfather established a business here called Whiteside’s General Store. The general store closed in 2007, but Faulkner hopes to apply for historical grants and re-open much of the property in the near future. The property includes this barbershop, a cotton gin, and a combination general store and gas station. 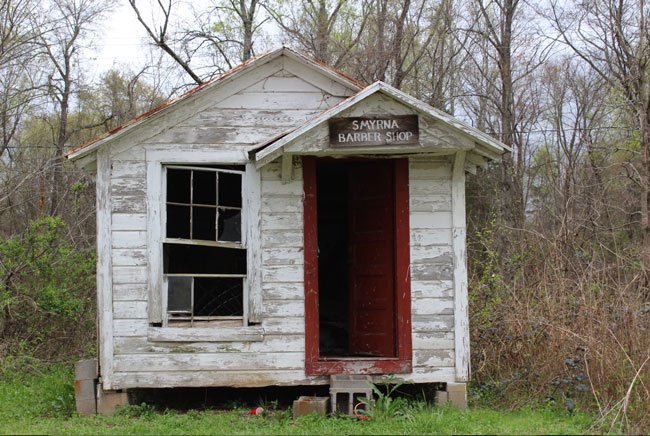 The incorporated town is the smallest in South Carolina, and the above barber shop was at one time the smallest such business in the state. The 2000 census showed a population of just 59 people in Smyrna. It encompasses a half-mile radius in any direction from the depot.

We would like to make this page better. Do you have information about Smyrna you could share? If so, please send it to the South Carolina Picture Project. Thank you!