Happy Home Baptist Church is located in the heart of Allendale. The congregation was founded shortly after the Civil War, when it met under a brush arbor in the Wood settlement of what was then Barnwell County. 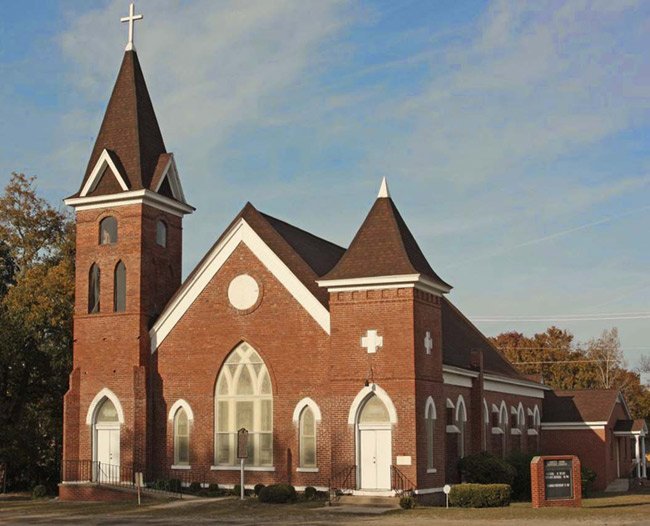 Some years later, the congregation moved to the Zion Branch community near Old Allendale, where members built their first sanctuary and adopted the name Zion Branch Baptist Church. They continued to worship there until 1875, when a new sanctuary was constructed and renamed Happy Home Baptist Church.