The South Carolina Department of Natural Resources plays a crucial role in the conservation and preservation of our state’s natural resources and beauty. 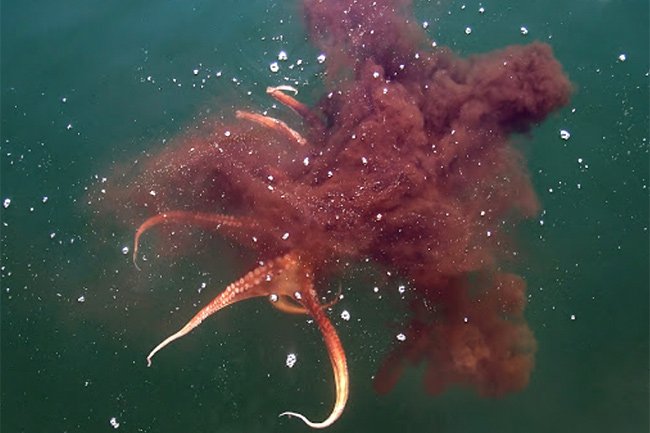 These photos were taken by Barry Gooch, former Field Coordinator for the Cooperative Research Program run by DNR. They show the experimental fishing of the Common Atlantic Octopus (Octopus vulgaris) off the South Carolina coast. We are grateful to both Barry and SC DNR for allowing us to share these photos with you.

DNR also has a wonderfully informative page on the Common Atlantic Octopus (Octopus vulgaris). Check it out for a detailed look into these fascinating sea creatures.

At this time, the viability of a small scale octopus fishery off the South Carolina coast is being studied by DNR under the Cooperative Research Project. The commercial feasibility of either selling octopus locally or shipping it out of state remains a question to be answered. Certainly, the many-tentacled sea creature does not come to mind quite yet as a seafood entree, but that is different in Asia and some markets in the US, most notably New York City. So, it may not be too long before you see octopus on the menu.

Note: The plural form of octopus is technically octopodes. When referring to the food, it is always written octopus, in much the same way as fish.