The Taw Caw Missionary Baptist Church is located on Granby Lane, just off US 301 east of Summerton. The church serves a large congregation in the Summerton and surrounding areas. 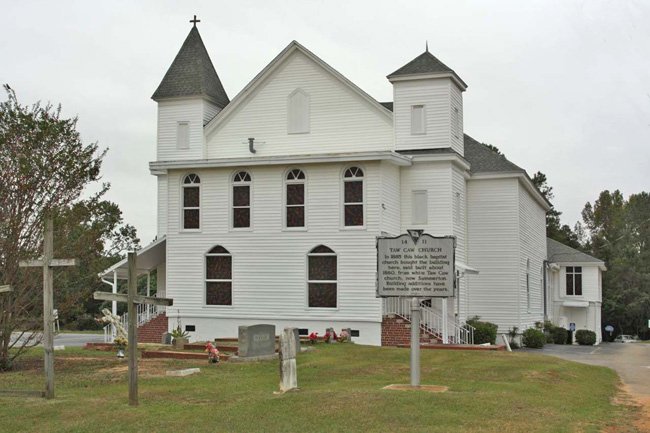 Mike Stroud of Bluffton © Do Not Use Without Written Consent

After the Civil War, African-Americans were given the opportunity to worship as they pleased, but many in this area had no place to worship. The freed slaves began holding services under what was called a “Bush Arbor” up until the year 1885, when the white Baptist owners of this building offered to sell them this church, which was severely damaged by a fire and in need of repair. The local African-American Baptists bought this building and land on March 23, 1885 for $400.