This historic general store in the community of Tigerville has been operating since at least 1881. That year, Tigerville’s first post office opened in the store with proprietor Lemuel Jennings serving as post master. The store later came under the ownership of the Wood family, who operated it for much of the twentieth century; it continued to house the post office. 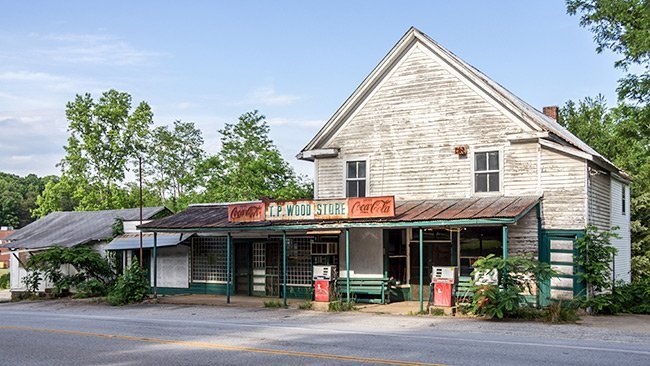 In its latter years it was known as the T.P. Wood Store. Owner Thornton Pralo Wood, a Greenville County deputy sheriff who retired in 1964, ran the store with his son, Willie, and his wife, Helen, who also acted as post mistress. A Masonic lodge met in the store’s second floor. Sadly, Helen Wood was murdered in the store in 1981 by Dale Robert Yates and Henry Davis during a robbery. Pralo Wood died in 1995, and Willie Wood closed the store and posit office in 1996. 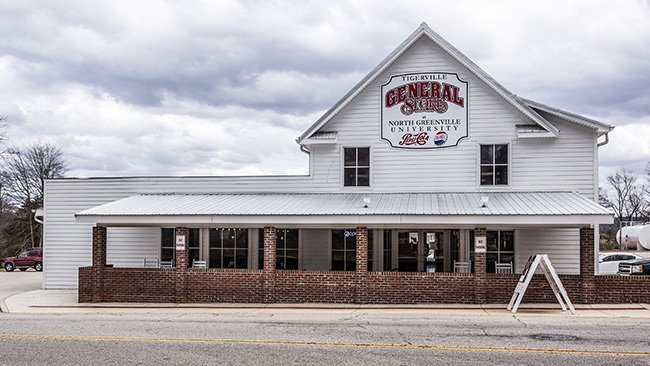 Mark Elbrecht of Greenville, 2017 © Do Not Use Without Written Consent

The vacant store that had been the heart of Tigerville’s informal social circle was purchased by North Greenville University in recent years. The university restored the old building to once again function as a store. Now called Tigerville General Store, the store stocks basic groceries for students attending the Upstate college located across the street. It also includes a Papa John’s pizzeria with seating and wireless connection for study space. Students also have opportunities to work at the Tigerville Country Store, which opened under its new guise in 2015.

Reflections on the Tigerville General Store

Contributor Roger Jewell says of his below photo: “This is a photograph of the old Wood’s Store, which is a historic site in Tigerville that sits across the road from North Greenville University. The photo was made before renovations were made to the building. A pizza business is located there now. Taking the photo was my way of recording history before it is too late.” 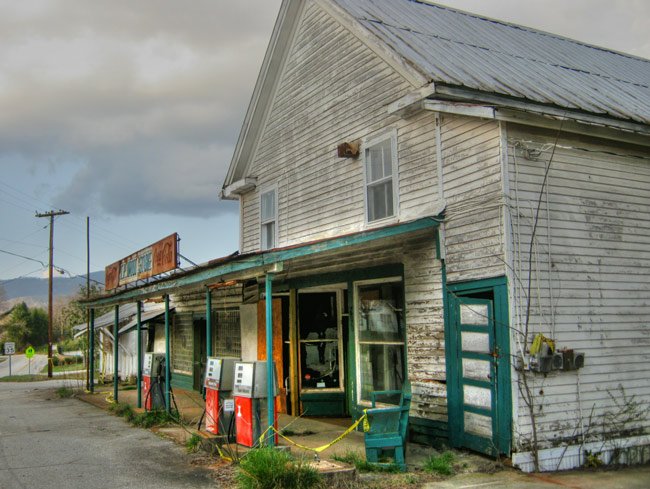 Roger Jewell of Travelers Rest, 2012 © Do Not Use Without Written Consent