The Lancaster County Library Association was formed in Lancaster in 1904 by a group of women called the Franklin Club. This association organized a library that was housed in different locations during its tenure, supported by donations and subscriptions. It finally secured a permanent location in 1924 in a county office building, yet lasted only two years in its new home due to lack of funding. 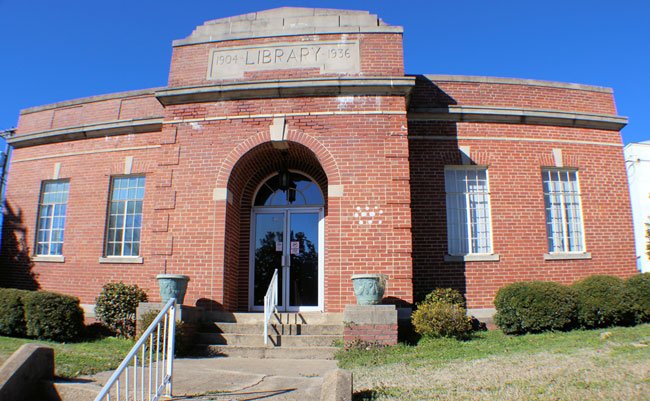 Three years later an outgrowth of the Library Association called the Literary Review Club reopened the library, which became successful enough to warrant its own board of directors by 1934. This success led to the construction of a fireproof building for the library, seen here, in 1937. It sites directly next to the former Lancaster County Jail.

The library operated in conjunction with the school district from 1936 until 1960. At this time the Lancaster County Library was established as a separate entity from the school district, and a new library board of trustees was formed. This new board for the county library began working on plans for a larger library, and ground was broken for a new building in 1969. By 1970 the current county library on South White Street was completed. Today the former library is home to the Lancaster County Economic Development Corporation.