Claflin University was founded by Methodist missionaries in 1869 and is the oldest of South Carolina historically black colleges.

Constructed in 1908, Tingley Memorial Hall is located on the campus of Claflin University in Orangeburg. It is one of three historic buildings at the university to be included in the Council of Independent Colleges’ Historic Campus Architecture Project. It was listed on the National Register of Historic Places in 1983. 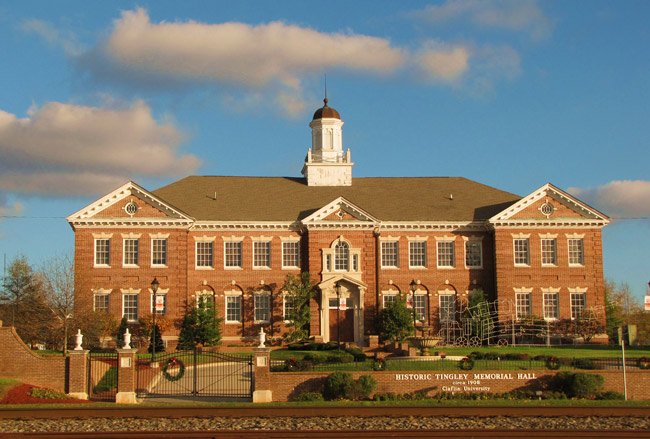 Ginger Parker of Orangeburg © Do Not Use Without Written Consent

Like most early buildings constructed on the campus, Tingley Memorial Hall was designed by African-American architect William Wilson Cooke of Greenville. Wilson entered Claflin University in 1888, where he studied under Charles Bates, the first registered African-American architect in the country. The building is named for Samuel Herbert Tingley, a banker and philanthropist from Rhode Island who made several generous donations to the university.