Elloree is located in eastern Orangeburg County, west of Santee, along the shores of Lake Marion. The town derives its name from an Indian word which means home that I love. Though small in population – the 2010 census recorded just 692 residents – Elloree boasts a revitalized downtown. The highlight of West Cleveland Street is the Elloree Heritage Museum and Cultural Museum, a Smithsonian-approved exhibit that is not to be missed.

After the Civil War, Elloree was transformed from a settlement into a formal municipality through the industry of one man, William J. Snider. Snider built a store here on the west bank of Lake Marion and ran a successful business selling goods that arrived by way of water from Charleston.

Over the years, Snider added more acreage to his farm. He also continued to build the community by opening a grist mill, then a saw mill, and finally a cotton gin. In 1886 he laid out streets one-half mile in every direction from his store. He donated lots for schools and churches and then began selling homesites to other families. 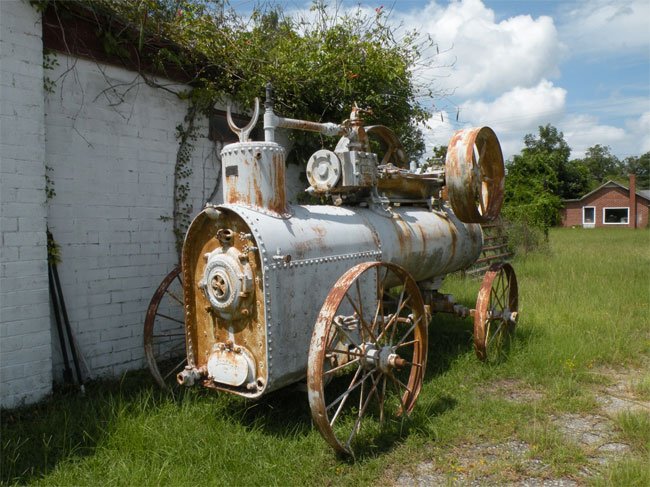 Elloree incorporated in 1886, and soon after it became a railroad hub for farmers in Orangeburg County. The photo above shows an old steam engine pulley used by a local lumber company. It serves as a reminder of the community’s history.