The congregation of this small Lutheran church in the Denny community of Saluda formed in 1842. After the church was organized, a local resident, Mr. Pope, donated land for a sanctuary. A school, first known as Fort Toland, sat next to the church and was in operation prior to the establishment of the church. After the first church for Corinth Lutheran was built, the school was renamed Corinth School. 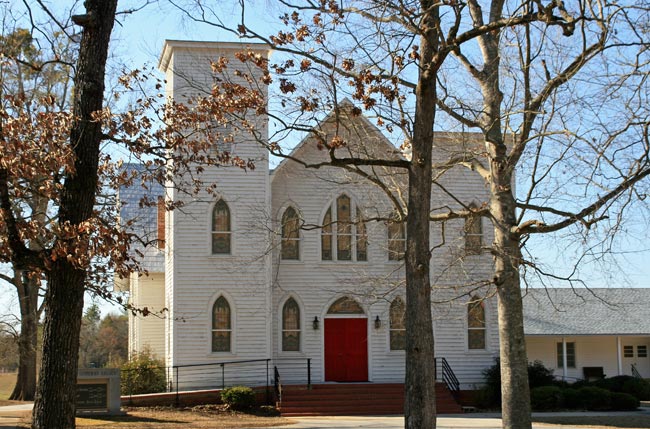 The Corinth School was initially headed by a well-known teacher named Mr. Rawl. Students boarded in homes within the surrounding area in order to be taught by Mr. Rawl, whose reputation as an excellent teacher was far-reaching. The school continued operating throughout the nineteenth century.

The present Corinth Lutheran Church building was constructed in 1927. Its architect was Jacob J. Seastrunk. A modern Family Life building was added to the church grounds in recent years.