Ralph Mayer was one of the South Carolina Picture Project’s founding board members. He is also, quite simply, the coolest man we’ve ever met!

Newberry native Ralph Meyer – shown below on his signature red Gold Wing – is a darling human being and we’re crazy about him! Speaking of crazy, he’s a bit of a nut when it comes to adventure, and the stuff he does for fun would cause my mother to faint. (Seriously, if my mother had given birth to Ralph, she wouldn’t have made it past age 30.) 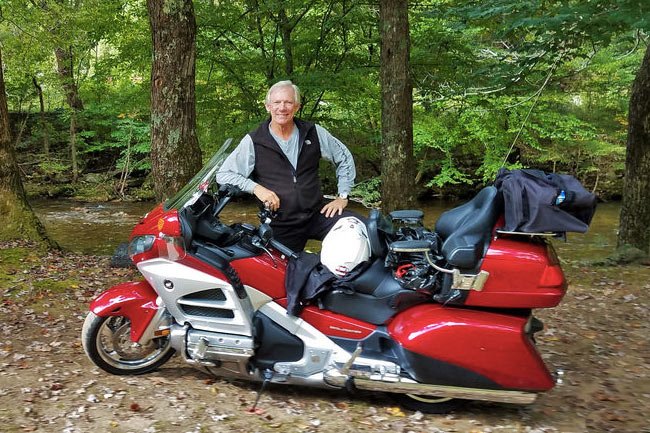 Ralph Mayer © Do Not Use Without Written Consent

Ralph has been a long-time contributor to the South Carolina Picture Project, and we’ve also been blessed to get to know him as a friend. The number one thing I treasure about Ralph is that he’s basically figured out what’s important in life, which means he takes a lot of time for those he loves. For example, it is nothing for Ralph to call us one morning and say, “I’m riding down to Charleston today. Wanna meet at the beach for lunch?”

This is inspiring to me, and just talking on the phone to him for five minutes can right my whole outlook on life! 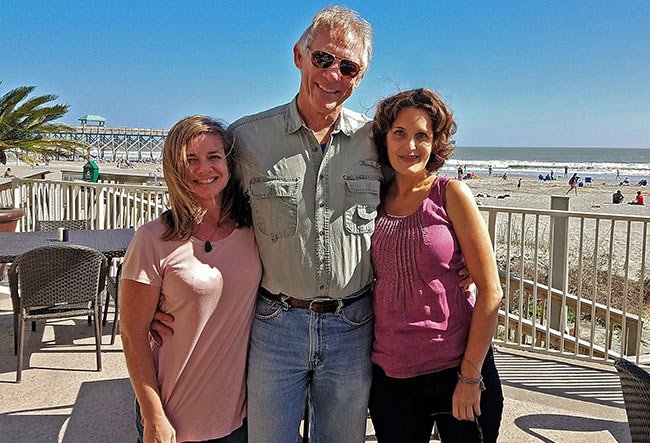 From my years of knowing Ralph, I have also come to understand his deep devotion to his family. He has two sons and a daughter, and he recently married his second wife, Jane. You will learn more about his family below. 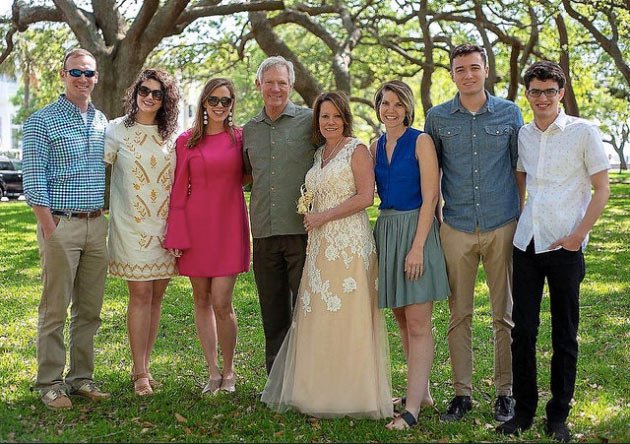 Ralph, Jane, and Family, 2018 © Do Not Use Without Written Consent

Ralph places a high premium on hiking, riding, flying, you name it. As a result, he has a string of yarns a mile long. The stories are just a bonus, however – the cherry on top of a heart of gold!

Ralph in His Own Words …

Background: Born and raised in Newberry, I currently live in Lexington, having lived in Columbia, Atlanta, and Charlotte over a 30-year career with Southern Bell/BellSouth, and retired coincident with AT&T buying out BellSouth. I later worked at Midlands Tech, where I taught faculty how to design and build online classes for distance learning. During my career lifetime, I had the opportunity to do lots of photography for BellSouth events and publications, as well as for Midlands Tech. 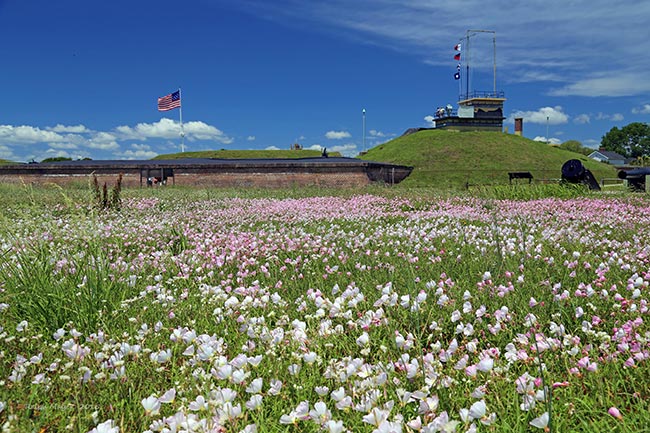 My grandmother helped me buy my first camera – a Kodak Brownie, which used 127-size film, and a big ‘ol end-of-your-thumb-size single flash bulb. I loved shooting family and events growing up. After a variety of instamatic-type cameras, I bought my first SLR in 1973 – a Canon Ftb. Now the world of creativity really opened up for me with shutter speeds, apertures, film speeds, and a digital flash! A wonderful learning curve ensued! Still, I didn’t know exactly what the resulting picture would look like until I got my film back from the processor – long before the wonder of even such a breakthrough as 1-hour processing! During my senior year at Newberry College, I took a photography course, which included darkroom processing, so now I could see results so much faster, as well as learning the cool technique of burning and dodging!

Lake Murray by Ralph Mayer, 2015 © Do Not Use Without Written Consent

Fast forward to the amazing world of DSLR’s (Digital Single-Lens Reflex) cameras where I have total control of all my settings, and can instantly see the results, allowing me to tweak the settings to get the picture more like what my brain thinks my eyes see. I now primarily shoot with a full-frame Canon 6D with a small variety of lenses.

Family: Growing up in Newberry, I had wonderful, loving, hardworking parents. I was the oldest of three sons. One brother, Bruce, who created many shows and documentaries for SCETV, now lives in Sumter. The other, Dean, who was an investigator with the Myrtle Beach PD, lives in Little Mountain. 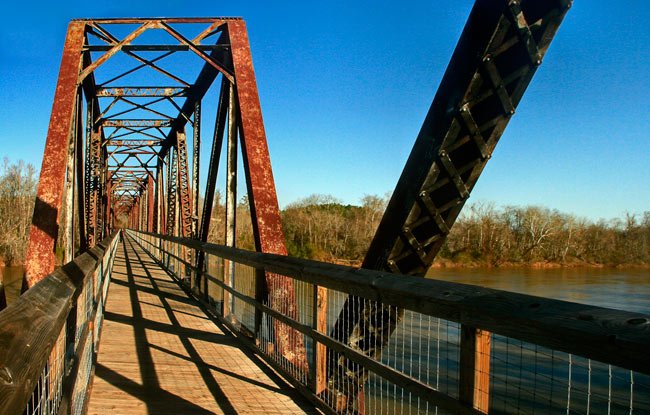 Married several years after Newberry College, I became the proud father of three wonderful children. My oldest son, Matt, after graduating from The Citadel, flew F-15s and Blackhawk Medivacs in the Air Force, and he continues to serve our country today. My middle son, also a Citadel grad, became an Army National Guard Intel Officer, later flew Blackhawk helicopters out of McEntire ANG Base, and now flies full time for TransState Airlines, contracting with American Airlines. My daughter is a Clemson grad living in Greenville, but works in the USA, Canada and Western Europe in a marketing/packaging science role. It’s not uncommon for all three of my kids to be in the air at the same time on any given day! Amazing! 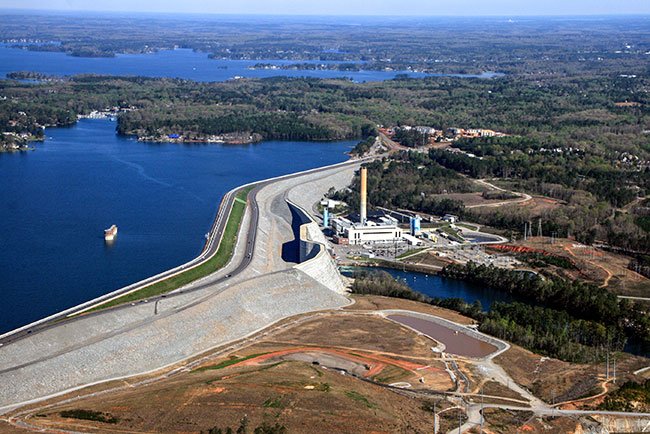 My first wife, Karen, who was also my photography partner and a very avid cyclist and adventurer (like me), died unexpectedly from a quick and aggressive cancer in 2014. Trying to re-engage with life since her move to heaven was quite a challenge for me. My love of photography has certainly helped, though.

In 2018, I married my second wife, Jane, who is the Director of Employer Relations at the Darla Moore School of Business at USC. Her job is to get employers across the nation to hire USC business grads – both undergrads and graduate students.

Why I Love Being a Sandlapper …

Favorite Spot in South Carolina: That’s a tough one! I love Lake Murray in central SC with almost 600 miles of shoreline, but I love the mountains and beaches very much. Living in central SC allows me fairly easy access in either direction by motorcycle, car, or bicycle. In fact, my late wife and I have pedaled 180 miles to Myrtle Beach a number of times over the years (the annual MS-150 fund raiser for Multiple Sclerosis). Motorcycling is much easier though!

Poinsett Bridge by Ralph Mayer, 2013 © Do Not Use Without Written Consent

I guess the Poinsett Bridge in upper Greenville County is certainly one of my favorite places. I was the Aquatics and High-Adventure Director at a nearby Boy Scout camp there for seven summers during the latter part of high school and all through college, even teaching rappelling over the sides of the bridge when there wasn’t time to get my scout students higher on the cliffs on Glassy Mountain (now a gated subdivision called “The Cliffs of Glassy.”) 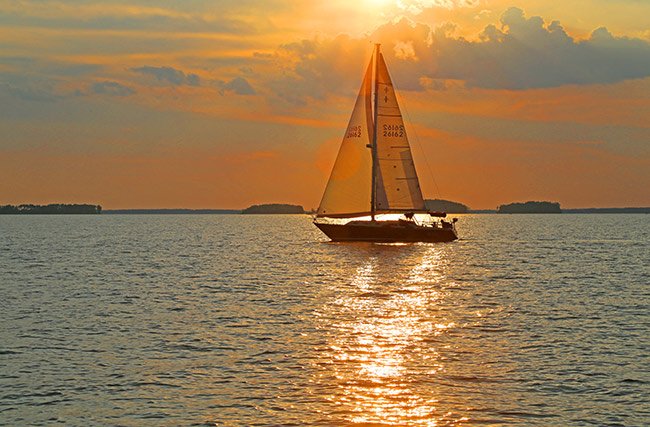 Favorite SC Plant: Most likely the Fire Lily. It just reminds me of a campfire in its brilliant yellow, orange, and red colors.

Favorite SC Animal: Ospreys and other hawks. I love their high-pitched “screeee” as they fly over the lake or in the mountains.

Favorite Southern Foods: Grits ‘n eggs, and REAL banana pudding (with the actual boiled custard like my grandmother made)

Favorite Southern Saying: Hmmm, not sure if it’s Southern or not, but “Feel the Joy!” Sometimes I add a “y’all” to the end to ensure it’s proper Southern.

Places in SC I Want to See Protected: All of our wonderful waterways … lakes, rivers, waterfalls, ocean.

Favorite Quote: “Stories of adventure seldom begin with, ‘So we decided to stay in …'” Having been the Aquatics and High-Adventure Director for Camp Old Indian, a Boy Scout camp in the mountains of Upstate South Carolina near Travelers Rest in the early 70s, I’ve led a life of adventure.

Reedy River Falls by Ralph Mayer, 2008 © Do Not Use Without Written Consent

Some of My Favorite Things to Do: Cycling (both bicycling and motorcycling), hiking, backpacking, skydiving, scuba diving, canoeing, paddle-boarding, rowing, kayaking, swimming, camping, traveling, reading, relaxing in a hammock strung up on an island. What a joy! Adding photography to all of that increases my joy even more!