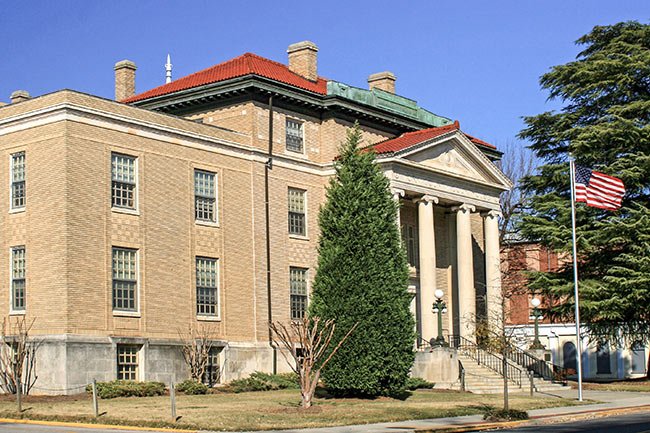 The courthouse is designed in the cross-axis plan, prominent in Edwards’ work. The interior features Greek-key inlaid tile flooring with marble wainscoting and door surrounds with stairs at each end of the entrance hall. The courtroom is located on the second floor and features a plaster vaulted ceiling and an apse, a large semicircular or polygonal recess, which serves as a backdrop for the judges chair. 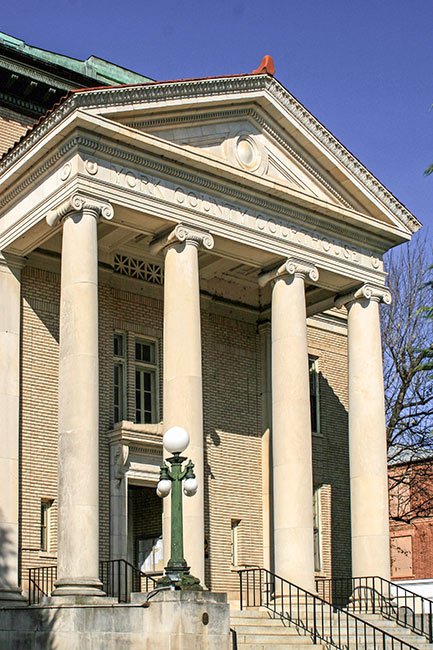 The York County Courthouse is listed in the National Historic Register, which notes the following architectural details:

York County Courthouse is significant as a courthouse design of prominent architect William Augustus Edwards. The courthouse is a monumental two-story yellow brick building constructed in 1914. The courthouse has the cross-axis plan common to Edwards courthouses with the façade at the south end of the longitudinal axis. The façade features a colossal Ionic tetrastyle portico, projecting from a three-bay entrance pavilion on the five-bay elevation. The portico is of stone as are the entablature and the basement story. The cornice is raked into a pediment, which features a central recessed medallion, with flanking triangular recesses, in its tympanum. The portico entablature is carried around the building, in simplified form. A broad attic story is located above the entablature. A second cornice, of bronze, is located above the attic story. This second cornice is also carried around the entire building. A hip roof, sheathed in tile, is pierced by four yellow brick chimneys. The west elevation and the rear elevation have two-story yellow brick additions which continue the proportioning of the original building without the attention to detail. The interior features tile floors with inlaid Greek key patterning, marble wainscoting and door surrounds, and stairs at both ends of the longitudinal hall. The courtroom on the second floor has a plaster vaulted ceiling, Tuscan pilasters lining the walls, and an apse at the north end, containing a wooded crossetted tabernacle frame, which serves as a backdrop for the judge’s seat. 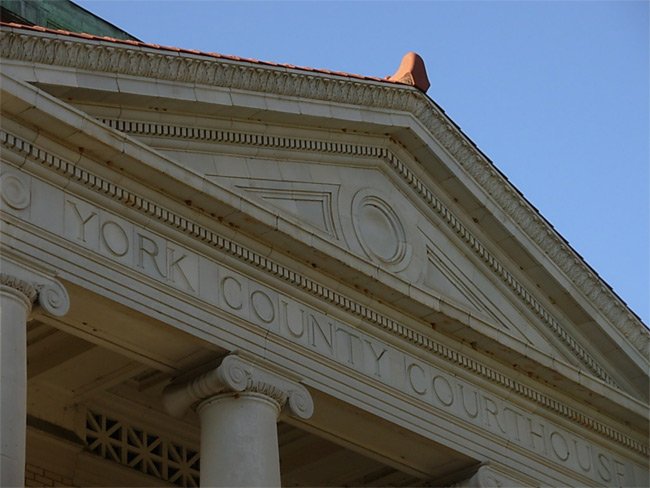 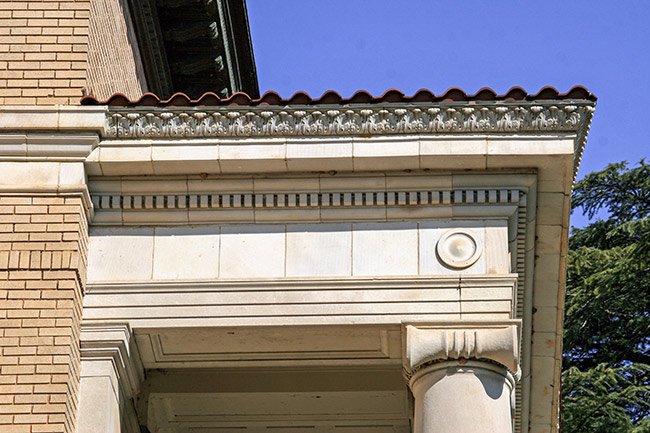