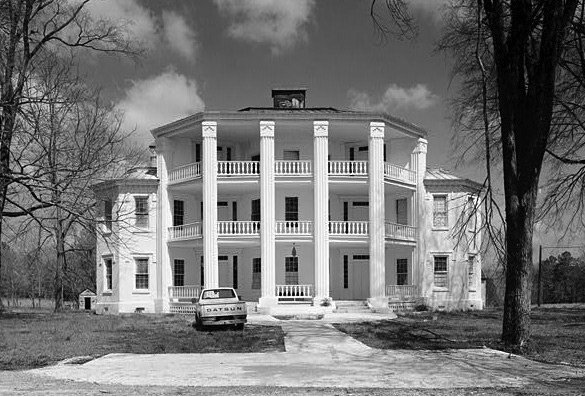 As part of the Cedar Springs Historic District, the Frazier-Pressley House is listed in the National Register. It is described as follows:

The Frazier-Pressley House is a three-story, stuccoed brick building, believed to have been constructed as a residence for Captain James W. Frazier in 1852-1856. The building is composed of three octagonal sections connected by a hallway that circumscribes the central three-story octagon with a three-story portico defining the facade (south elevation) and a two-story stuccoed brick ell at the rear.

The portico of the Frazier-Pressley House features four three-story brick pillars with pilaster responds at the junctures with the house. The brick is laid on a diagonal bias, with vertical channeling resulting. The capitals of the pillars are cubical with recessed brickwork creating stepped diamond panels. A veranda is carried by the pillars at each level.

According the local tradition Captain James Frazier constructed his three-story brick plantation home between 1852 and 1856. in 1875 Frazier’s daughter Tallulah and her husband, Dr. Joseph Lowry Pressley, acquired the house. Dr. Pressley had served as a surgeon in the Confederate Army, rising to the rank of major. After his discharge he continued to serve the people of the Cedar Springs community as a doctor and teacher of medicine and dentistry. The central room on the third floor of the house served as his office.

The two-story gable-roofed log building adjacent the the Frazier-Pressley House was probably built c. 1820. Local tradition holds that the building was a stagecoach stop and inn on the road from August, Georgia, to Abbeville and Edgefield. It is likely that the stopping place was established in this location because of the community already developed around the Cedar Springs Church.

The Frazier-Pressley House is exceptional in that it is built around three octagons. These three octagonal elements are connected by a hallway circumscribing the central octagonal core of the house by a massive three-story portico, whose three tiers of porches are reached by seven entrances, all with transoms and sidelights. The composition and plan of the Frazier-Pressley House are believed to be unique in the United States.

Reflections on the Frazier-Pressley House

Many thanks to Bill Fitzpatrick of Taylors for sending us the following photo of the Frazier-Pressley House. Bill enjoys the singular distinction of being the only person ever to have visited all 1,400 South Carolina landmarks listed in the National Register. He has published several helpful e-books which serve as invaluable travel guides to the Palmetto State. 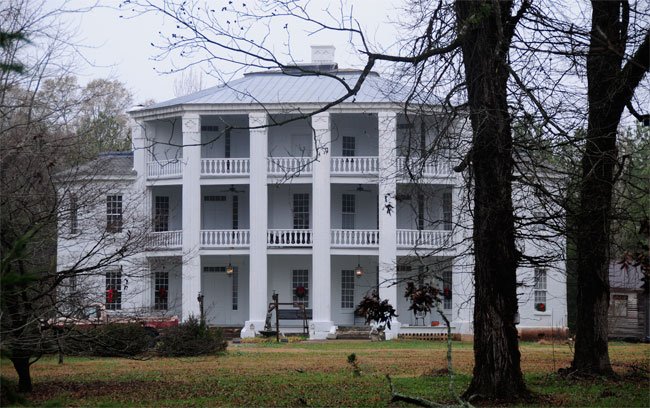 Of all the landmarks Bill has visited, the Frazier-Pressley House is one of his favorites. He explains, “I have special fondness for Cedar Springs, for it turned out to be the reason I did all of this. A fellow at a local camera shop was talking about the incredible, three-tiered, eight-sided abandoned plantation home about an hour or so south of Greenville. He knew it used to be on the border of the Cherokee Nation, so with no more information than that, I eventually found it. Only, and happily, as you can see, it is in the process of being improved. I never violated the privacy rights of homeowners, so like all other historic home shots, I took this one from the street.” 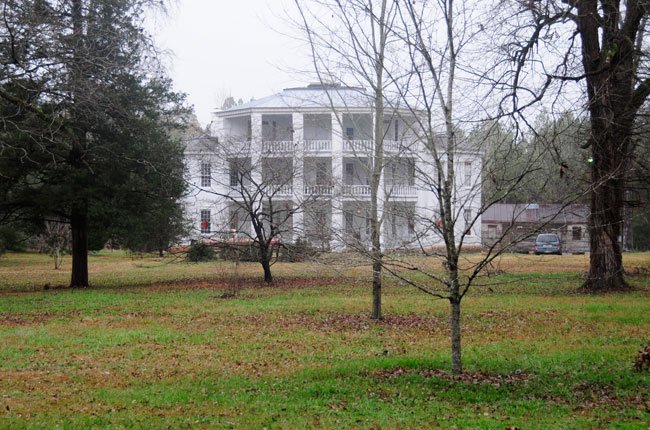