Long Cane Cemetery (also known as Upper Long Cane Cemetery) is the oldest cemetery in Abbeville. Established in 1760, the grounds contain more than 2,500 marked graves. The storied pasts of some of South Carolina’s first Scots-Irish immigrants lend to the cemetery’s significance. 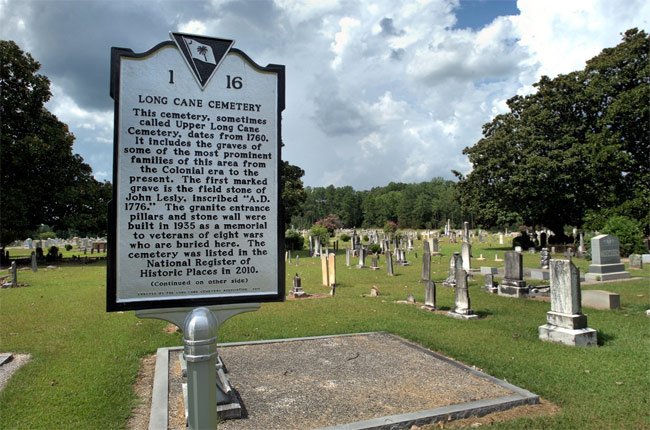 Many of upper South Carolina’s earliest settlers are buried at Long Cane Cemetery, along with several of the state’s most prominent families. United States Congressman James Sproull Cothran (1830-1877) is interred at the site, as are a number of Alstons and Calhouns. 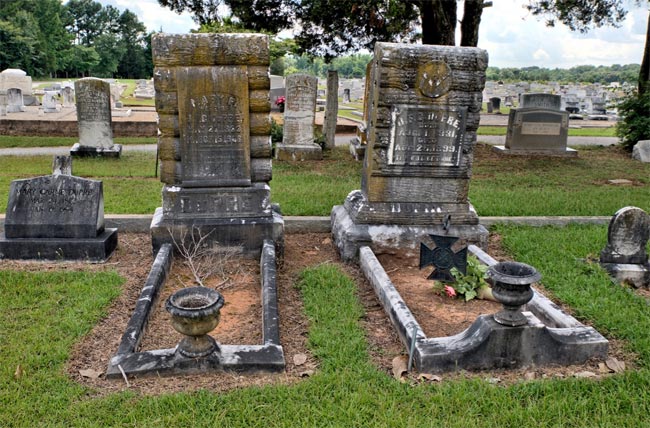 The cemetery also serves as a museum of sorts. Three generations of noted sculptors and stone carvers created many of the headstones found in Long Cane, and their “signatures” can be seen etched in the marble, slate, and granite markers. These artisans were primarily from the Walker and White families, and inscriptions include those from Rowe and White, Edwin R. White, John White, Robert D. White, and William T. White. 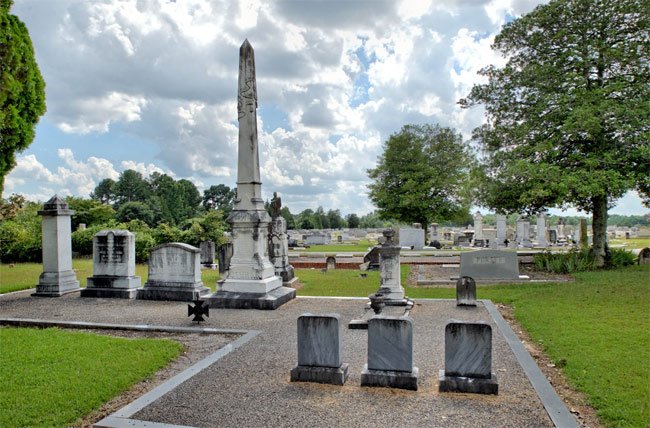 The Long Cane Cemetery is listed in the National Register:

Upper Long Cane Cemetery is also significant for its concentration of outstanding gravestone art by master Charleston, South Carolina stonecarvers, skilled artisans who were part of a three-generation lineage of outstanding sculptors in nineteenth century South Carolina belonging to the Walker and White families. There are more than fifty gravemarkers “signed” with the stonecutters’ names on them or attributable by style to particular carvers and their shops, most notably those carved by stonecutters Rowe and White, John White, William T. White, Robert D. White, and Edwin R. White.

The cemetery contains more than 2,500 marked graves, many of them in family plots or sections, and an unknown number of unmarked graves, on approximately twenty-five acres. Most grave markers, carved from marble, granite, sandstone, or slate, are headstones (some with footstones), although there are also numerous obelisks, pedestal-tombs topped with urns or crosses, box tombs, table-top tombs, tablets, and other markers of varying materials and shapes. Funerary art ranges from simple engraved tombs, tablets, ledgers, and monoliths to more ornate draped tablets, obelisks, columns, or shafts, with ornaments including such motifs as angels, doves or lambs, open Bibles, weeping willows or palmettos, and flowers, wreaths, and ivy. 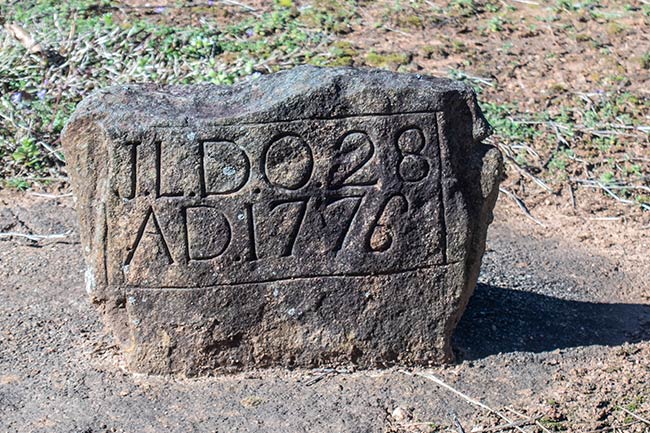 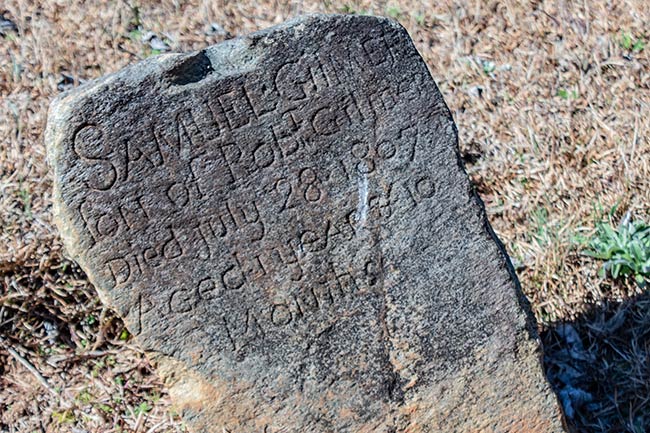