As Jewish immigrants from Eastern Europe – Poland in particular – began to arrive in Aiken during the late nineteenth century, a settlement began to take shape. By 1890 the Jewish community in Aiken was well-established, and its members initially gathered for services in private homes or buildings such as the Masonic Hall. Soon the congregation would need its own synagogue. 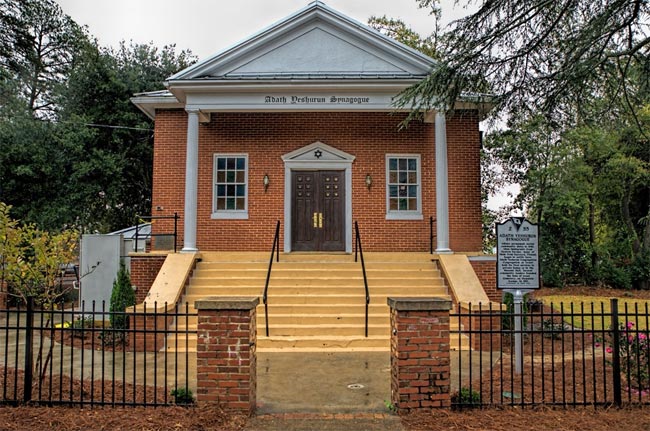 The group received its charter in 1921 as Adath Yeshurun Congregation, and this Classical Revival building was completed in 1925. The Reform Judaism synagogue not only hosts services but also functions as the local Jewish Community Center. Many accomplished members of the Aiken community are members of Adath Yeshurun, including Irene Rudnick, the first Jewish woman elected to the South Carolina Legislature, where she served from 1973 through 1987, again from 1981 until 1984, and from 1987 through 1994. Prior to her service as a legislator, Rudnick, a lawyer, was Superintendent of Education for Aiken County Schools from 1970 until 1972. She has also taught business at the University of South Carolina – Aiken since 1962. 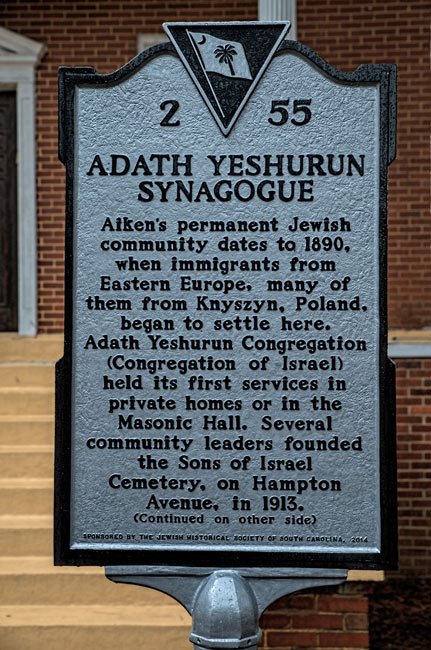 Adath Yeshurun received an historical marker in November of 2014. The marker was sponsored by both the synagogue as well as the Jewish Historical Society of South Carolina, which is based at the College of Charleston. 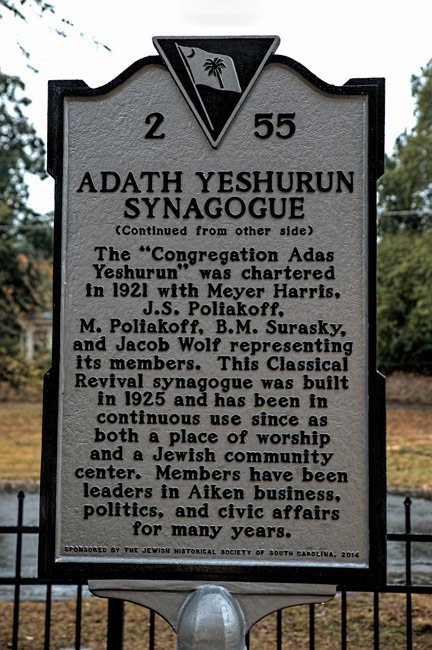