New England socialite Hope Goddard Iselin and her husband, Charles Oliver Iselin, were part of the American aristocracy who would winter in mansions built in Aiken towards the end of the nineteenth century and the beginning of the twentieth. This district of town became known as the Winter Colony. The winter residents brought with them the elite sports of polo and Thoroughbred racing, which remain popular in Aiken today. The Islelins’ grand estate, Hopelands Gardens, is now a public garden that attracts both history and nature lovers. Committed philanthropists, the Iselins established the Aiken Hospital and Relief Society in 1917 and commissioned Aiken’s first hospital, built by African-American contractors McGhee and McGhee. 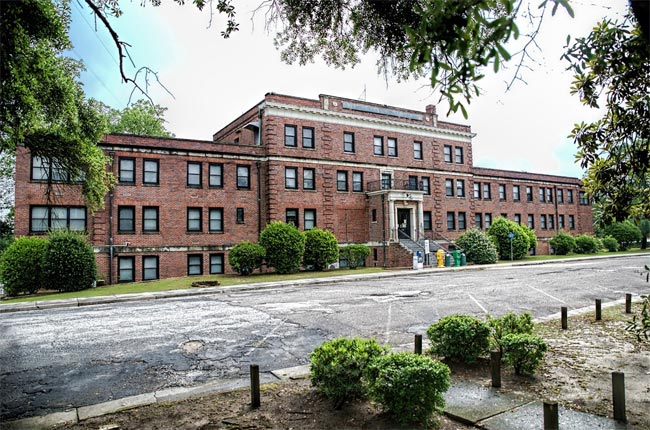 Locals tell the story of Hope Iselin, an adventurer who competed in the America’s Cup yacht race as the first female crew member, winning a considerable sum of money in a poker game. According to the tale, she then tried to donate it to a local church that refused the money on the grounds that it was acquired through gambling. Wishing to apply her winnings towards the good of others, she is said to have used it to build the hospital. Whether this legend is true or not, the Iselins are responsible for the construction of the 6,000-square-foot building that served the Aiken Hospital and Relief Society until it closed tin 1924. It was rebuilt and reopened in 1927 and officially became the Aiken County Hospital in 1936 with support from the Public Works Administration and the Duke Foundation. 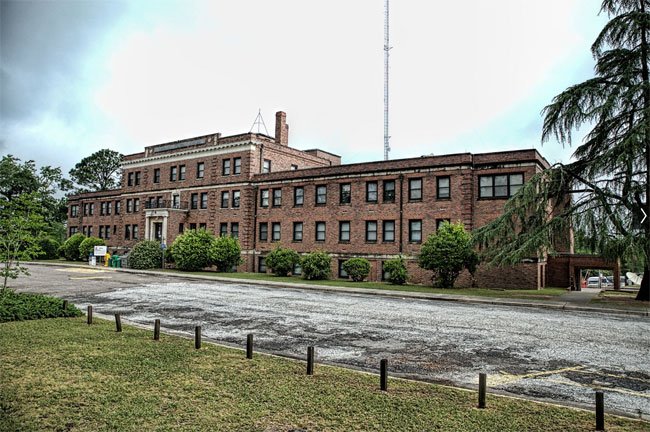 The county hospital remained here until 1976 when a new hospital was built. The old hospital building was then utilized by the Aiken County government as administrative space until the new Aiken County Complex was completed in 2014. Today the Old Aiken Hospital is used for storage space for the county government. The future of the building is uncertain.