Tucked into an Easley forest is the founding site of one of the Piedmont’s oldest congregations, Richmond Church. This group of Presbyterians organized in 1785, shortly after the signing of the Treaty of Hopewell, which defined land boundaries between the Cherokee Indians and white settlers. The settlers had already gained control of much of the surrounding territory from the Cherokee Indians in 1777. Captain Robert Pickens, cousin of Revolutionary War hero General Andrew Pickens, established his home near Twenty Three Mile Creek (also called Three and Twenty Mile Creek) in 1785 and helped found Richmond Church on his land shortly thereafter. 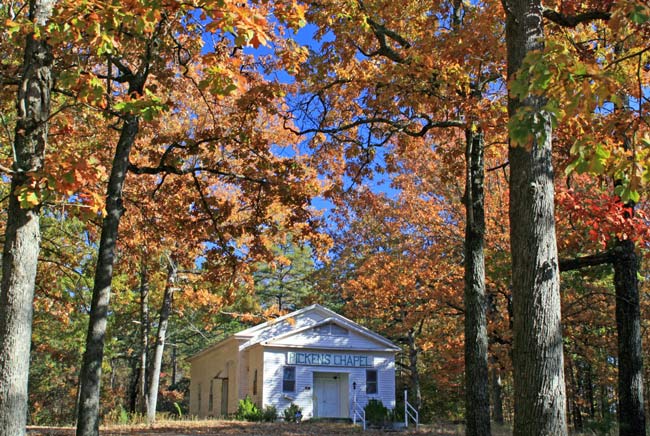 A nearby Presbyterian congregation was called Twenty Three Mile Church for the creek of the same name. It is believed that these two burgeoning groups, which likely first gathered for worship outdoors, merged to form Carmel Church in 1787. A log structure was built on this site shortly after Carmel Church was established. Though General Pickens is said to have visited the church, he was a founding member of nearby Hopewell Church, now Old Stone Church, where he is interred. Hopewell formed in 1789 as a sister church to Carmel. 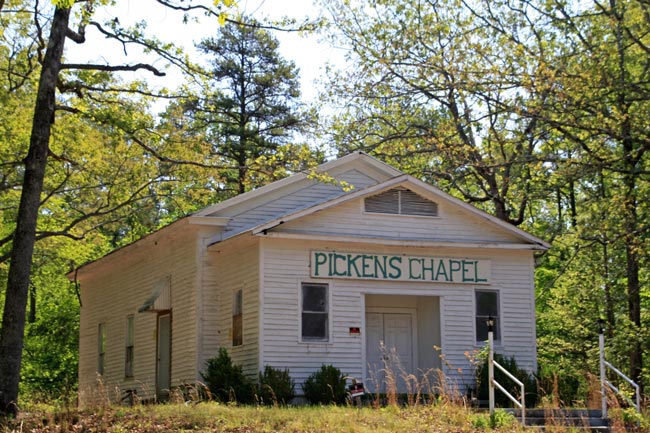 Captain Pickens’ father, an Irish immigrant named Robert Pike Pickens, was nearing the end of his life when he accompanied his son to the new settlement at Twenty Three Mile Creek. The elder Robert Pickens was the first person to be buried in Carmel’s churchyard, following his death in 1793. Also buried at the site is a slave called Aunt Jemima. She loved to be 105. 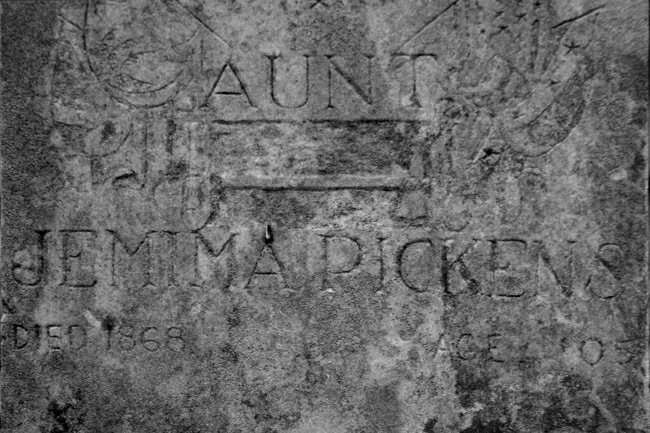 Methodism quickly spread across the South in the late eighteenth century, and Methodist Bishop Francis Asbury preached to the settlers around Twenty Three Mile Creek. Many Presbyterians from Carmel Church converted to the denomination as a result, including Captain Pickens. The new Methodists left Carmel and built a neighboring church on more of Pickens’ land, leaving the log church to the Presbyterians. Around 1802 Carmel Church relocated to a piece of property on Indian Creek in Liberty owned by Ezekiel Pilgrim; its members dismantled the cabin and reassembled it at the new site. Pilgrim later sold the property to the church. 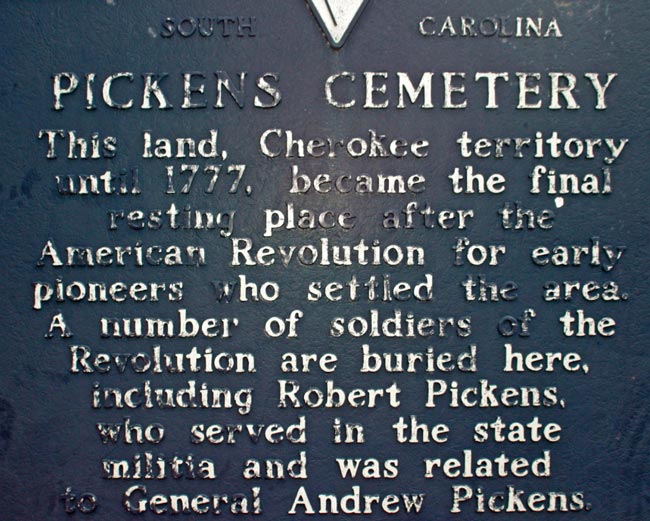 The Methodist and Presbyterian churches sat on either side of the present-day Anderson County–Pickens County border and shared the original graveyard at the first Carmel Church site, which was still owned by Captain Pickens. More than two dozen Revolutionary War soldiers are interred within the burial ground. Carmel Presbyterian Church continued to grow at its new location. The current brick church housing Carmel Presbyterian Church in Liberty was built between 1855 and 1856.

The Methodist church eventually moved back to the original Richmond/Carmel site. The present structure, pictured here, was built in 1888 and called Wesley Methodist Church. After the church disbanded in the late 1920s, it became the home of Lighthouse Baptist Church, which has since relocated. Today the vacant structure is simply known as Pickens Chapel, and the property on which it sits remains in the Pickens family.