This congregation in Denmark has roots in a Methodist church formed here in 1858 as part of the Bethel and Graham’s Circuits, later called the Denmark Circuit. Circuits are organizational structures within the denomination that include multiple churches in a given area. By 1908 two Methodist churches – Graham’s Church and Bethel Church – combined to form Bethel Park United Methodist Church. This modern brick church was built to accommodate the new larger congregation. 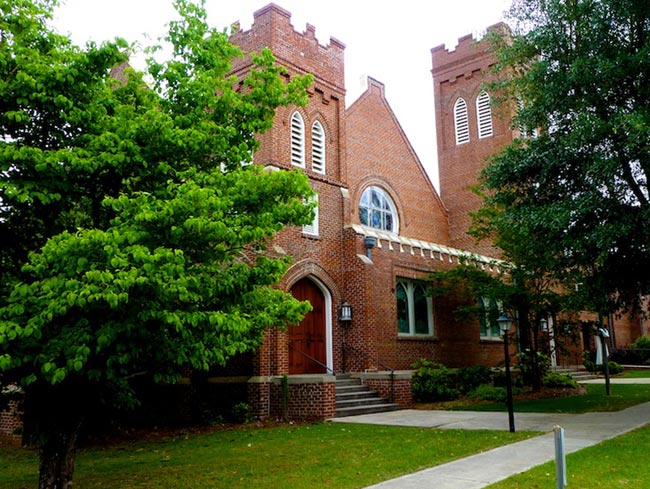 Photographer Andy Hunter, pastor of First Baptist Church of Denmark, shares the following about Bethel Park United Methodist: “In many ways, Bethel Park United Methodist Church is my church’s sister church in that it is located at the other end of Beech Avenue about a half of a mile away. Another reason we have a special relationship is that many of our members have married over the years so that Bethel Park has many former Baptists, and we have many former Methodists. We also cooperate throughout the year in various worship services and community projects.”