The Battle at Rivers Bridge began on February 2, 1865 and was the last substantial Confederate opposition that Union General William Sherman’s troops faced in South Carolina. This Civil War battleground is now a state park, located in Ehrhardt in Bamberg County. 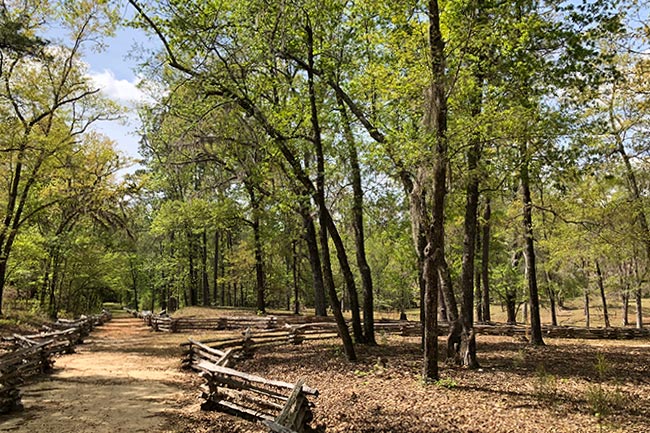 Carol P Hines of Ridgeway, 2018 © Do Not Use Without Written Consent

When Confederate General Lafayette McLaws heard that Sherman and his army were on their way, he ordered that the bridges crossing the Salkehatchie Swamp be burned or blocked in order to stop them. The battle raged for two days, but eventually Union brigades encircled McLaws’ soldiers, forcing them to retreat. (The photo at the bottom of this page shows trenches left over from the fight.) 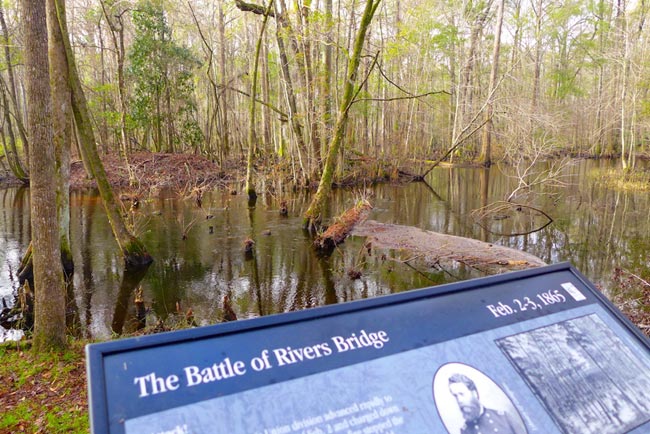 Today, visitors to the park can participate in guided tours and programs to learn more about battle and military life during the Civil War. Rivers Bridge State Park is listed in the National Register of Historic Places. 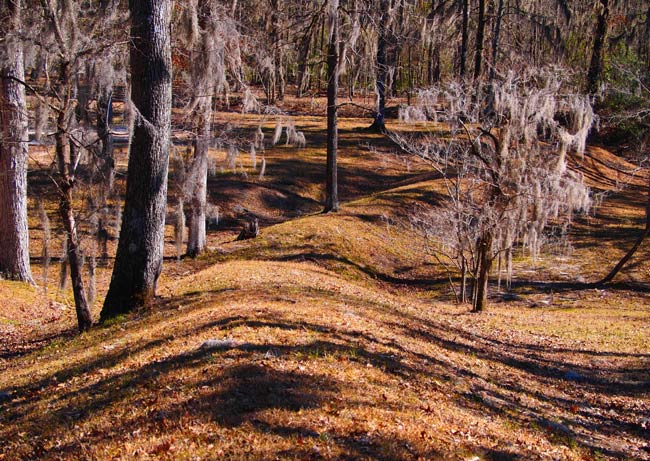 Andy Thompson of Early Branch, 2013 © Do Not Use Without Written Consent 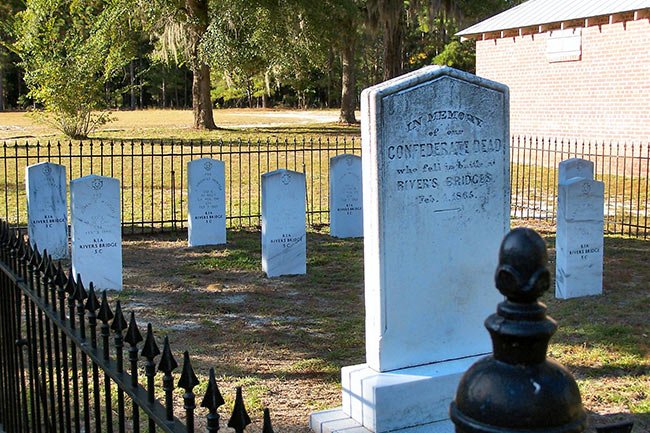 Frances (Franki) Fuhrman of Syracuse, NY, 2012 © Do Not Use Without Written Consent