As early as 1800, the Savannah Association of Baptist Churches had formed along the Georgia-South Carolina border. In 1813 the two states split from the association, and the South Carolina churches became part of the Savannah River Association. Baptist churches continued to form in this rural river territory, expanding with the addition of railroads. By the late nineteenth century, the community of Fairfax had several Baptist churches, including Bethel Baptist Church, built in 1887. 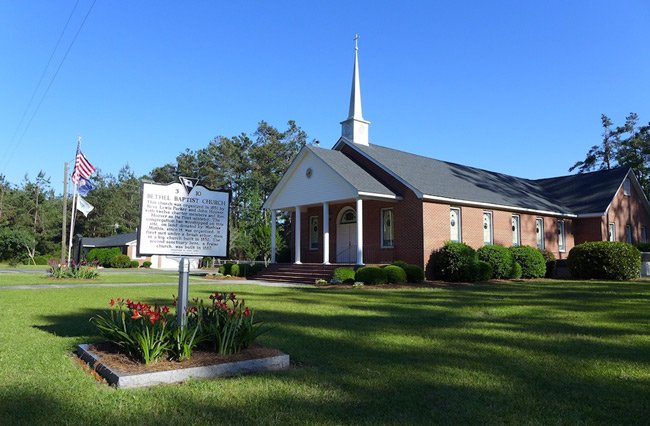 Bethel Baptist Church, named for its surrounding Bethel community near present-day Fairfax, was formed in 1851. The congregation erected its first building, a log building, on this site in 1852. The land for the church was donated by Mathias Mathis. The log building was succeeded by a frame church in 1887. In 1899 Bethel Baptist Church joined with surrounding churches Salkehatchie Baptist, Harmony Baptist, and Bethlehem Baptist to form a single pastoral field. One pastor served the members of these churches, and the congregations met together in a single church building twice a month. The services rotated among the churches – a practice that continued into the early twentieth century. 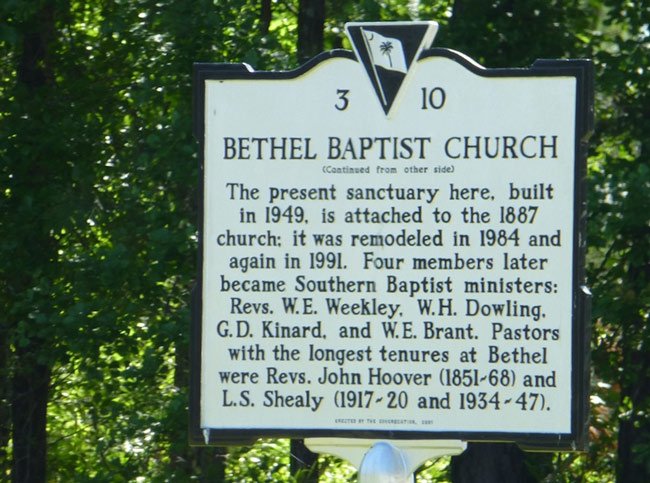 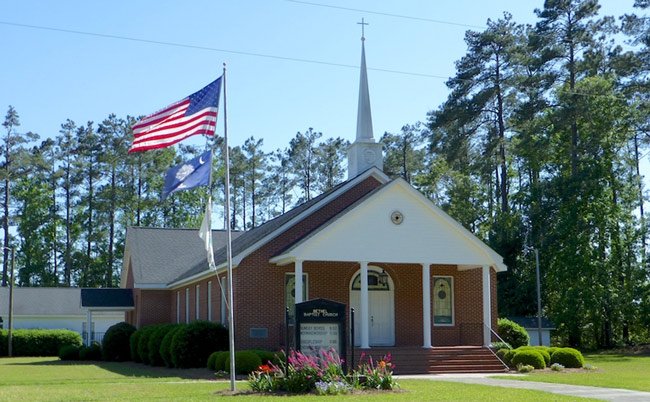 When the present sanctuary was constructed in 1949, it connected with the original sanctuary, maximizing space and preserving history. The church has undergone renovations twice since then – once in 1984 and again in 1991. It remains an active church near the town of Fairfax.