Also known as Great Salkehatchie Baptist Church, this church was first organized in 1790 along the banks of the Salkehatchie River in the settlement of Buford’s Bridge. General Sherman destroyed the first structure on this site, using its materials to build bridges during his March through the South. The church was later rebuilt. The current church was built in 1915 after moving to the nearby Ulmer site. 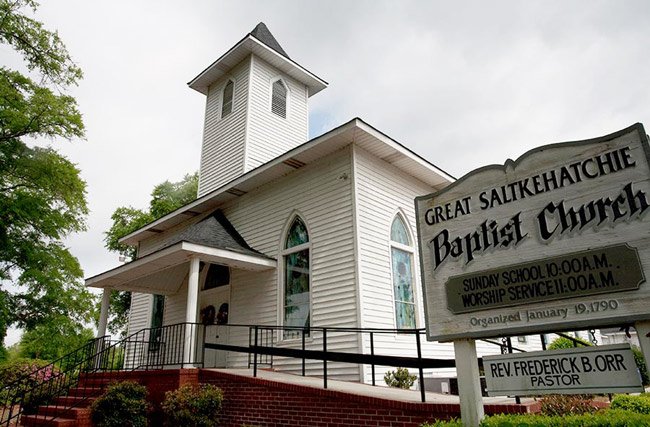 SCIWAY thanks Lamar Nix of Seabrook for submitting this picture. He says that “folks in Ulmer like that old time religion. The Great Salkehatchie Baptist Church, formed in 1790, suits them just fine. Located in uptown Ulmer, it looks to be the center of attention on Sunday mornings. It is in fine form, especially for such an old church. It is near the settlement of Buford’s Bridge which dates to the early 1700s, just across the Salkehatchie River.”