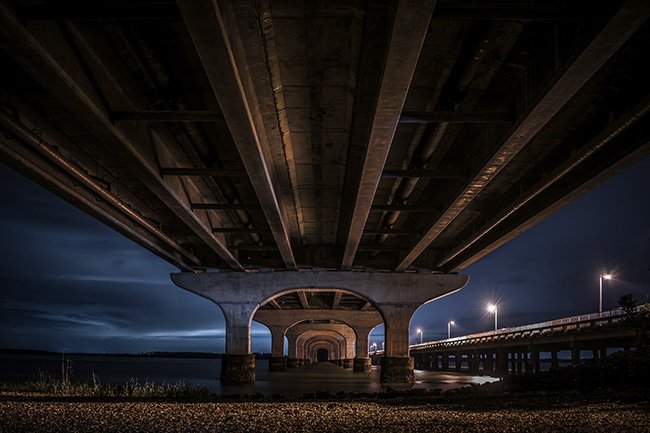 Nate Rosso of Beaufort, 2018 © Do Not Use Without Written Consent

This modern, four-lane fixed bridge replaced a two-lane drawbridge in 2004. The bridge carries South Carolina Highway 170 as it connects the northern and southern sections of the county. In this location, Highway 170 is called the Robert Smalls Parkway in honor of the Beaufort slave who commandeered a Confederate steamship, disguised himself as a white captain, sailed his family to safety, and then joined the Union Army.

An 1,800-foot segment of the old bridge is now used as a popular fishing dock, owned by Beaufort County. The pier shares space with the Broad River Boat Landing which offers lighted parking and public restrooms.

Okatie Highway Bridge, a nearly identical span that departs from the other side of Lemon Island, crosses the Chechessee River.