The College of Nursing at the Medical University of South Carolina in Charleston traces its roots to 1883 when it began as a School of Nursing within the City Hospital. The School of Nursing offered two-year degrees and met in the hospital, which was located near the first Medical College building – constructed on Queen Street in 1826 – and the first Roper Hospital, completed in 1852. Both Roper and the City Hospital served as teaching facilities for the Medical College, now called the Medical University of South Carolina. 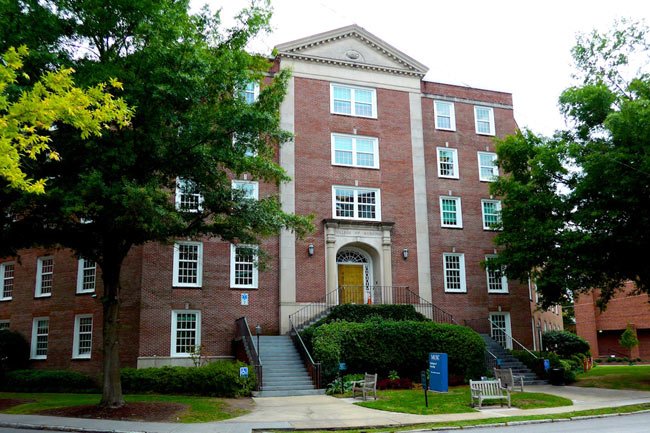 The earthquake of 1886 destroyed the City Hospital, though the nursing school reopened in 1895 as the Charleston Training School. Roper Hospital also suffered damage during the earthquake, and a second Roper Hospital was built on Calhoun and Jonathan Lucas Streets in 1906. The Medical College of South Carolina became a state institution in 1913 and relocated to the same intersection as the second Roper building in 1914.

From 1904 through 1919 Roper Hospital assumed responsibility for the nursing school. In 1919 the nursing school incorporated with the Medical College and became the School of Nursing of the Medical College of the State of South Carolina. Along with this change came the opportunity for nursing students to obtain a three-year degree. By 1966 a four-year program culminating in a Bachelor of Science degree replaced the three-year program of study, and in 1976 a Master of Science in Nursing degree was offered. In 2001 a Doctor of Philosophy in Nursing was introduced.

Today the former dormitory rooms serve as administrative offices for faculty members. The building also contains classrooms, a student services office, the Ruth Chamberlin Historical Library, and contemporary learning technologies such as the MUSC Healthcare Simulation Center, completed in 2008. The school is called the College of Nursing.