Today many people think of Remley’s Point in the Scanlonville community of Mount Pleasant as another local boat landing; however, the calm views of the Cooper River belie a merry history of nightclubs, jazz, and dancing until sunrise. 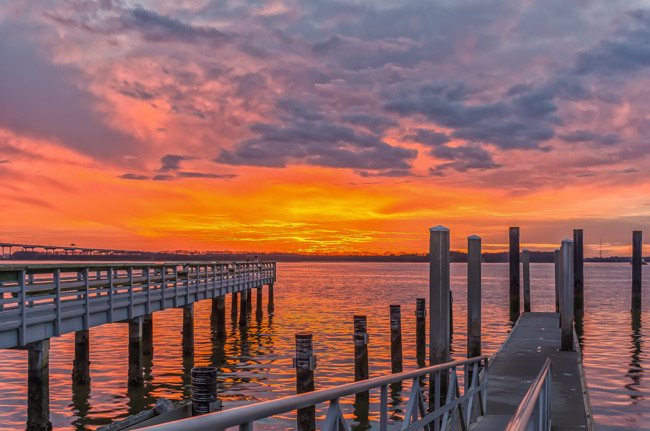 Scanlonville was founded in 1868 by former slave Robert Scanlon. Following the Civil War Scanlon, a carpenter, purchased 614 acres that had once been Remley’s Plantation and formed the Charleston Land Company. He subdivided the land into lots and sold them to other former slaves and slave descendants. Traditionally, white residents call the area Remley’s Point, while African Americans refer to it as Scanlonville. Either way, the community is a cultural landmark. 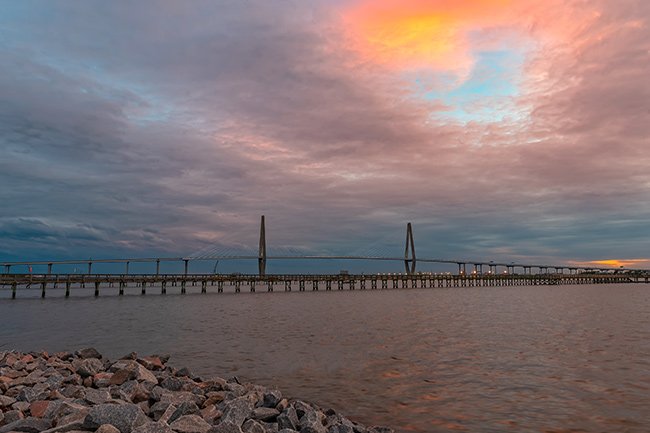 Sarah Shinners of Charleston, 2019 © Do Not Use Without Written Consent

In 1930 the Cooper River Bridge Company developed the Charleston area’s first black beach here, known as Riverside Beach. The beach eventually included the Riverside Beach Pavilion, a boardwalk, ball fields, a playground, and White’s Paradise motel and nightclub, where legends such as James Brown performed. The pavilion hosted jazz and blues greats such as Duke Ellington, Louis Armstrong, and B.B. King. Riverside Beach remained a popular night spot through 1975, when developers purchased the land. Today Remley’s Point is a waterfront residential community known for its public boat landing of the same name.

Marty Montjoy, who took the photo above, describes the scene as follows: “A view of the Arthur Ravenel bridge at sunset, from Remley’s Point, provides an incredibly peaceful view of Charleston from the east.” 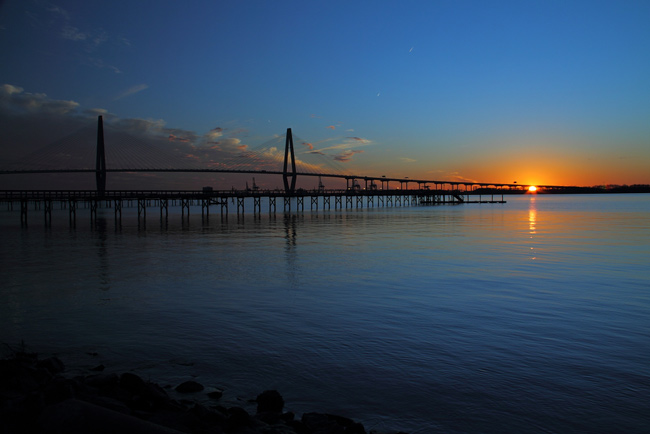 Marty Montjoy of Summerville, 2012 © Do Not Use Without Written Consent