Update: The Wando River Swing Bridge was replaced by a new, fixed-span bridge in July, 2017. The following month, the old bridge was taken apart, and its pieces were attached to a barge which the Department of Natural Resources then sank off the coast of South Carolina to serve as part of an artificial reef.

Charleston and Berkeley counties were once connected by this through-truss swing bridge on South Carolina Highway 41. Crossing the Wando River, the bridge was built in 1939 and opened manually for boat traffic. Before it closed, it served just over 3,000 cars per day. 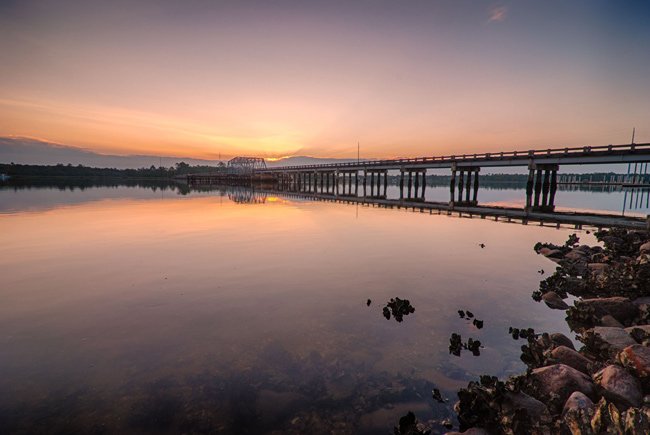 Alistair Nicol of Mount Pleasant, 2012 © Do Not Use Without Written Consent

A 2012 inspection deemed the bridge “structurally deficient,” and the United States Coast Guard and the South Carolina Department of Transportation determined that the bridge would be replaced by a 55-foot-tall connector by 2016. Delays led the new bridge to instead open in July, 2017. The estimated cost of the new bridge was $30 million, but its total came to $45.8 million. 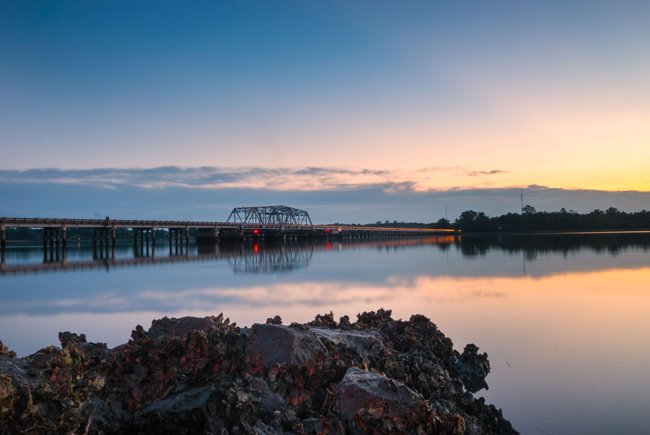 Alistair Nicol of Mount Pleasant, 2012 © Do Not Use Without Written Consent

In addition to its proposed height, residents and conservation groups objected to its proposed width. Though the replacement bridge currently operates just two lanes, its width will eventually accommodate four lanes. SCDOT will open the additional lanes once Clements Ferry Road and SC 41 are widened to match.

Additional lanes often pave the way for new developments based on the law of induced demand, which shows that when larger bridges and highways increase an area’s accessibility, or at least the perception of accessibility, the population surges as a result. This in turn negates the original benefit of the new infrastructure. 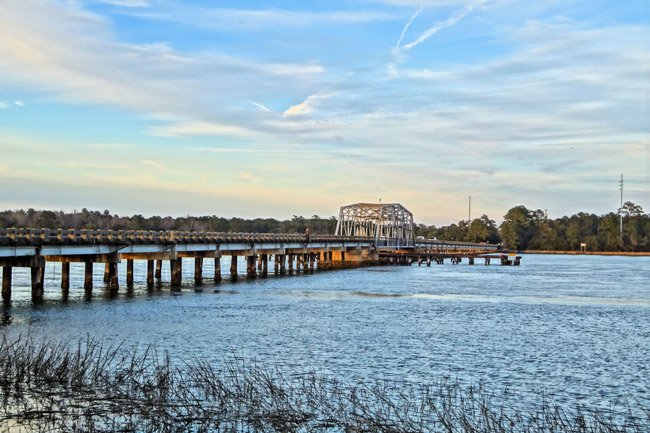 The bridge’s northeastern end touches down at Cainhoy, a rural area that is home to many African-American families. In addition to environmental concerns, people worried (and remain worried) that an influx of development will lead to the displacement of this historic community. Indeed, investors of a new development called Cainhoy Plantation hope it will attract as many as 45,000 residents — making the population of this one development equal to that of, for example, nearby James Island.