This inn and tavern in the Chester County community of Blackstock was built in 1841 by Elijah Cornwell. The inn was a stagecoach stop along the Charleston to Charlotte Road and serves as a rare surviving link to transportation in South Carolina prior to the Civil War. An addition to the inn – the south end of the building – was completed in 1846 when the venue became a midday meal stop along the coach route. 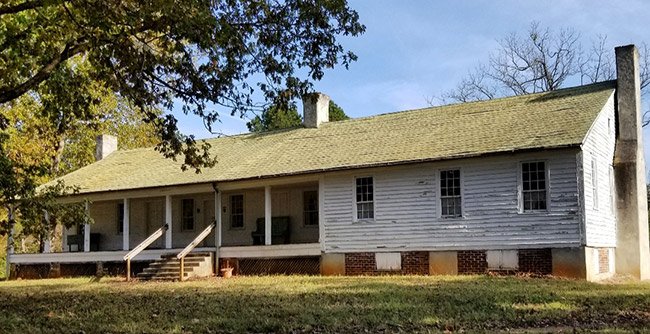 The Cornwell Inn – also known as Cornwell’s – later became a rail stop in 1851 following the completion of the Charlotte and South Carolina Railroad in Chester District (now Chester County). Before the rail line was completed, the inn was the transfer point between travelers transitioning from rail to stagecoach. Cornwell’s Inn also became a water stop along the rail in 1856. 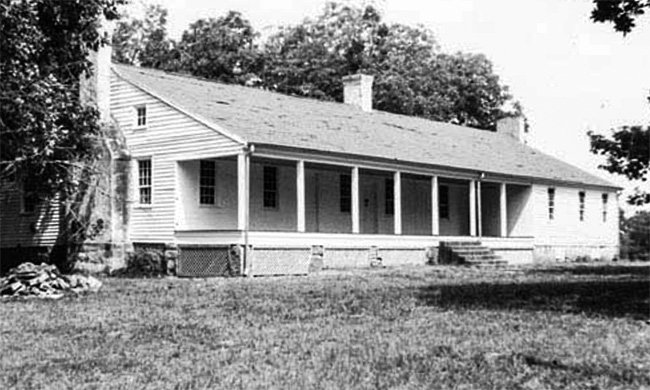 Cornwell died in 1857, and his estate, which included vast landholdings, remained unsettled until 1861. During the Civil War Union troops destroyed much of the Charlotte and South Carolina Railroad just before reaching Cornwell’s Inn. It is said that a former president of the railroad, Dr. Palmer, helped the Cornwells add a side track at the stop to help refugees from Charleston during the Civil War. Following the war, Cornwell’s son, Eli, acquired the inn and its surrounding property. The railroad was rebuilt, but it is unknown whether the inn continued to function as a guest house or was used solely as a private residence during Eli Cornwell’s ownership. Dr. Fritz William McMaster Cornwell, grandson of Elijah Cornwell, was the last of the Cornwell family to occupy the house. Though the property was sold at auction in 1926, the new owners allowed Dr. Cornwell to remain in the home until his death in 1946. 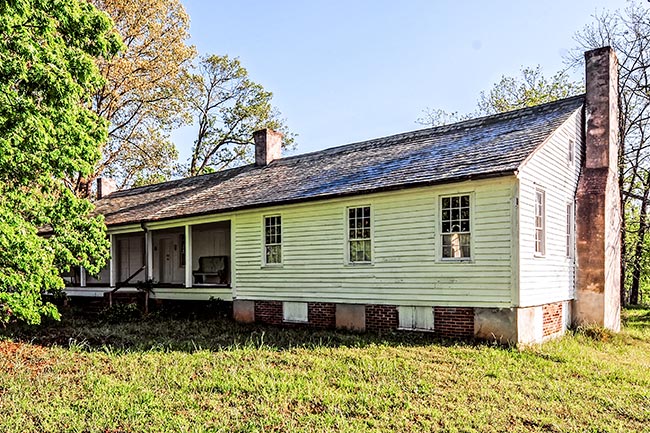 The Cornwell Inn is listed in the National Register:

(Cornwell’s) The ca. 1841 Cornwell Inn was built by Elijah Cornwell on property he acquired in October of that year. “The Inn” is unique in a multitude of ways in spite of a plain exterior appearance. South Carolina has few surviving buildings with the direct link to antebellum period transportation, especially one in a rural location. The Cornwell Inn is one of South Carolina’s surviving early stagecoach stops on a main state road, the Charlotte to Charleston Road. It is also connected with the Charlotte and South Carolina Railroad, one of the nation’s earliest regional rail lines. The ca. 1841 original portion of the Federal style inn (the northern half of the building) is a one-and-one-half story, five bay double pitched gable roof, heavy-timber frame and weatherboard building set on granite piers, and has two exterior end chimneys with free standing chimney stacks. The ten-foot deep, full length porches on both the west and east elevations were probably part of the original building plan. Soon after the original portion was completed, an addition with a full basement was added to the south elevation of the inn. This one-and-one-half story, five bay, double-pitch gable roofed, frame provided additional living space in the full basement, probably for the domestic servants necessary for the operation of an inn.