This abandoned school building, located in the former mill town of Lando, was built between 1904 and 1905 for the children of Manetta Mill workers. The ornate Italian Renaissance style of this three-story brick building would be unusual for any school, but its opulence particularly stands out in a Southern mill village where companies generally invested in solid but humble structures. 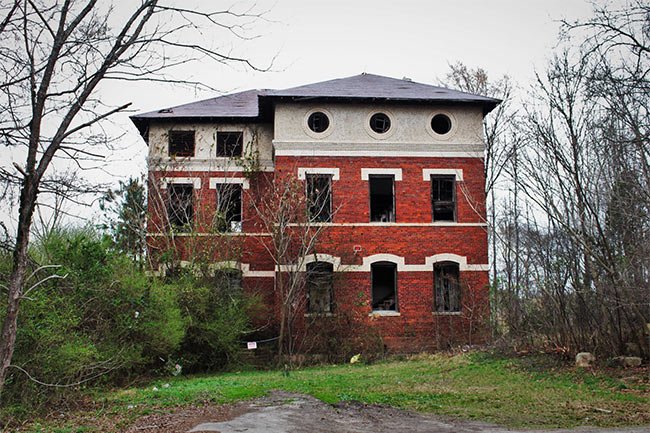 Lando School’s design serves as a testament to the Manetta Mill’s success. At its peak, the textile manufacturer employed some 2,000 people; at one time it was the largest producer of blankets in the world. Though the mill continued operations until 1991, the school closed in 1955 when Chester County schools consolidated. 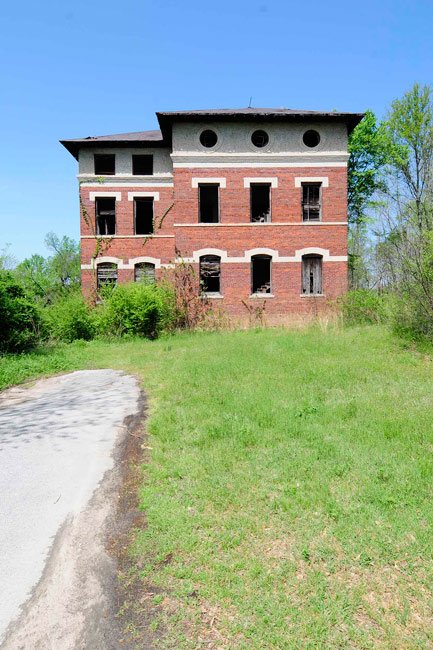 Today the school stands as a lonely reminder of the community’s former economic prosperity. Just a handful of people remain in Lando, with the ghostly structures of the village’s once-flourishing past towering over the near-empty village. 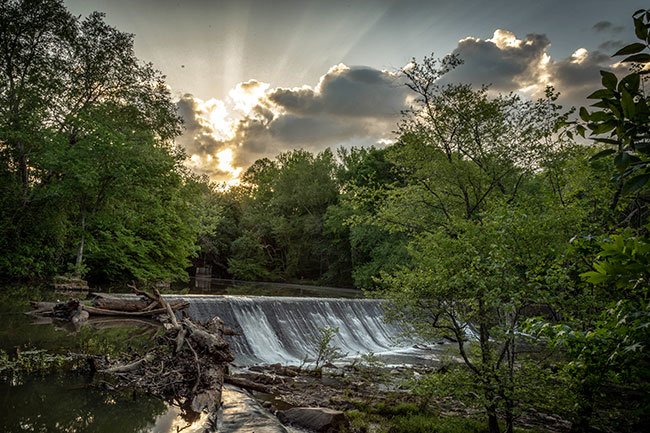 The Lando School is listed in the National Register:

Lando School closed in 1955 when it and other rural Chester County schools were consolidated. Manetta Mills remained in operation under a succession of owners until 1991. The community that once was home to over 2,000 people has, at the time of nomination, a population of less than twenty, and fewer than 10 of 181 mill houses survive.

With the mill having been demolished the school is likely the most visible and dominant public building within the village of Lando. The school is a three-story rectangular brick building set upon a concrete foundation featuring brick on the first two floors and brick and stucco on the third floor. The L-shaped hipped roof is in two sections, with one over the classroom section and another over the entrance and stairwell, and is clad in pressed metal shingles.

The use of belt coursing, corbelling, and contrasting colors and textures articulate the building’s stories and help define it as a good local example of Italian Renaissance Revival style composition. The building historically featured double-hung, eight-over-eight windows on the first two floors, and eight-pane round and eight-pane single-hung windows on the shortened third floor or attic story. The first two floors of the school housed classrooms and the main level of the auditorium, while the third floor was essentially balcony seating for the auditorium. 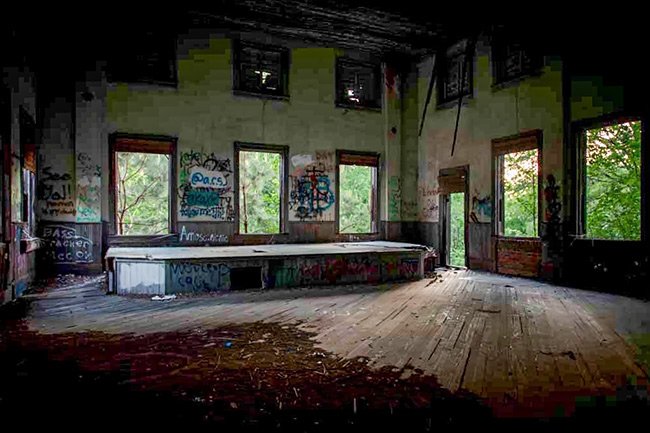 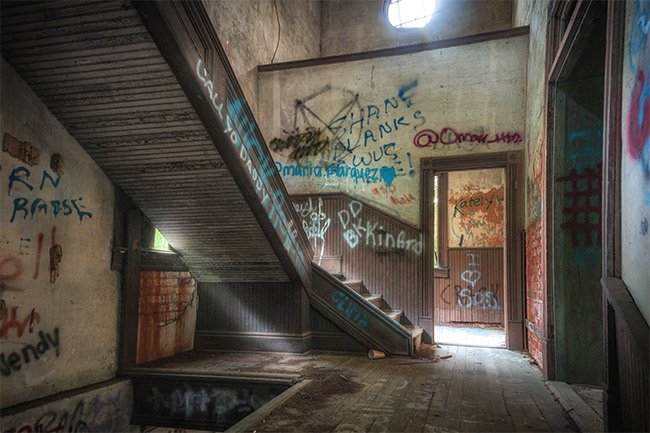 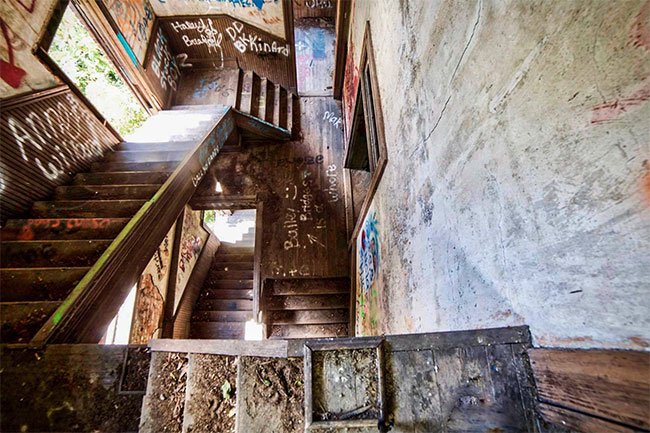 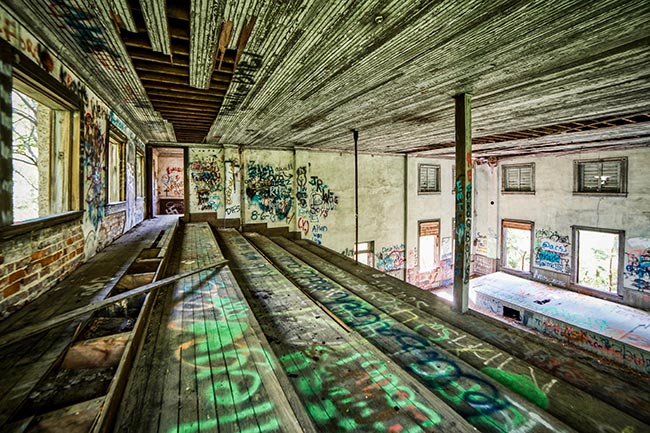