The textile mill village of Lando in Chester County was established in the 1760s. The area was originally known as Walker’s Mill during the American Revolution. Named for Phillip Walker, a yeoman who established a plantation, gristmill and sawmill here. The location for was a desirable area for a prosperous mill with proximity along the banks of Fishing Creek. 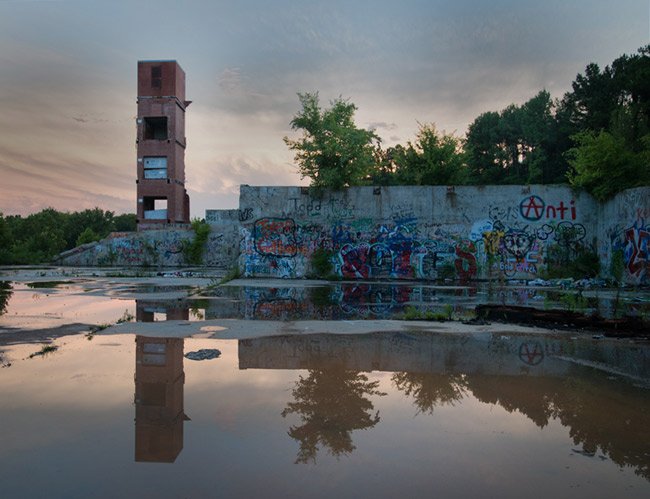 The area was host to British troops during the 1780s and was known as White’s Mill, for Hugh White, another well known local miller in the area, during the early 1800s. Robert Mills, the famous architect and cartographer, sketched this area in 1818 in a photo he called “Mill on Fishing Creek on Road to Chester 8 Miles from Landsford.” But perhaps its most noteworthy time period was in 1896 with the creation of Manetta Mills. 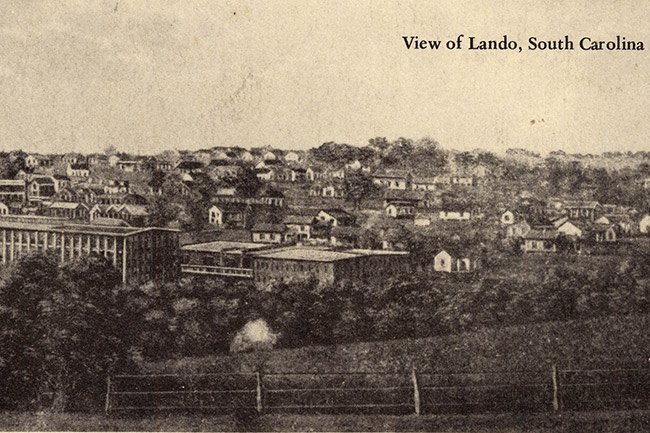 Unknown Artist Postcard View, 1930 © Do Not Use Without Written Consent

Benjamin Dawson Heath, of Charlotte, North Carolina, created Manetta Mills to be a textile factory. It is said that the town name was changed to Lando by combining the names of a Seaboard Airline conductor named Lanes and a Seaboard company officer named Dodson and Manetta came from using the first names of his two wives, Mary Wilson (who died in 1892) and Nettie Morgan Haley. Lando was home to one of the world’s first fulling mills, fulling is a process of washing a material to eliminate oils, dirt, and other impurities, and making it thicker. 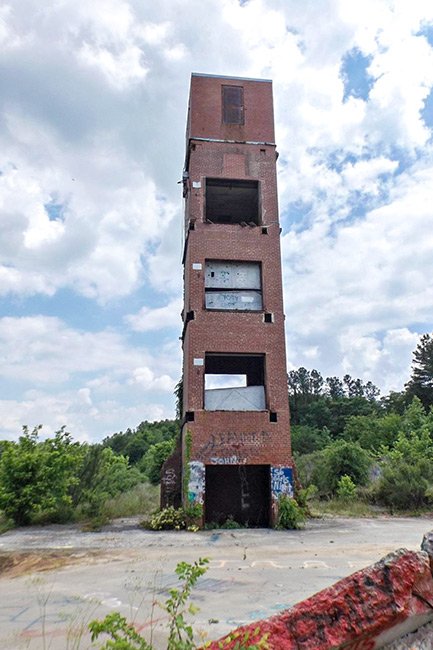 Charles Payne of Rock Hill, 2015 © Do Not Use Without Written Consent

Typical of other mill villages this mill was like an entire town unto itself; homes were built for workers to live in with their families, a church was built to worship in, baseball teams formed and Lando School was established in 1905 for the education of the children of the area. An article from The Greenville News on April 2, 1939 states “The village contains attractive homes for the employees. There is a delightful home-like atmosphere to the Manetta Mills village at Lando. Employees seem to enjoy living there. One will find employees there who have spent practically all of their working life there.” A 2.5-mile long rail line was constructed between Lando and Edgemoor and was owned by the mill. Those who didn’t live in the mill lived in this nearby community and were carried over by train. 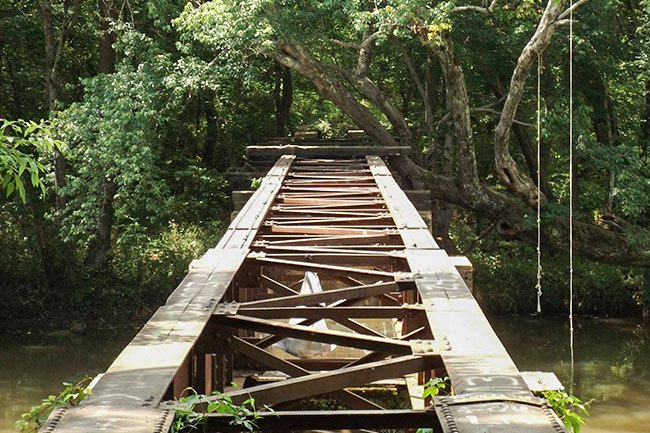 Charles Payne of Rock Hill, 2015 © Do Not Use Without Written Consent

The mill prospered for nearly 100 years creating blankets sold worldwide until finally closing its doors in 1992. Today, where thousands of residents once lived, only about 20 people remain. The old company store houses the Lando History Center which is full of artifacts portraying the mill way of life. The town may be nearing desertion but its history is celebrated the first Saturday of every October in a fun-filled festival known as Lando Days. Stories of those who once lived and worked here remain lingering in the air for all those willing to take a moment to pause and listen.

Contributor Peter Krenn adds, “Lando is what’s left of an old mill town. They do have a museum, but it’s only open one day a week. This mill tower is about all that’s left of a once-thriving mill. They do have ‘Lando Beach’ nearby, about a ten-foot stretch of beach on the creek.”