Rivers Park is located in the small town of Mt Croghan in Chesterfield County. The park was given to the town by Col. Stafford Rivers in memory of two generations of Rivers brothers who established businesses at this location in the 19th and 20th centuries. 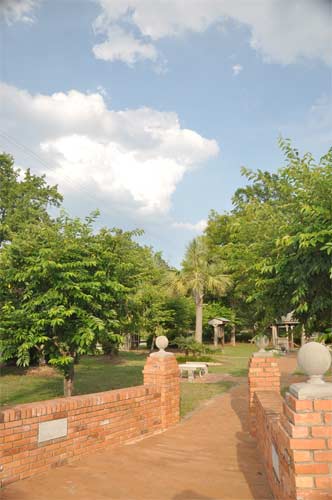 Mayor Kevin Griggs of Mt Croghan, 2011 © Do Not Use Without Written Consent

Bricks from the now demolished Bank of Mt. Croghan were used to build the brick columns at the park’s entrance. The Bank of Mt Croghan closed during the Great Depression and was torn down in the 1970s. In 2001, the late Col. Robert Stafford Rivers established and donated the land for Rivers Park because he wanted to give back to his hometown of which he had many fond memories. He was also responsible for the master plan and design of the park. 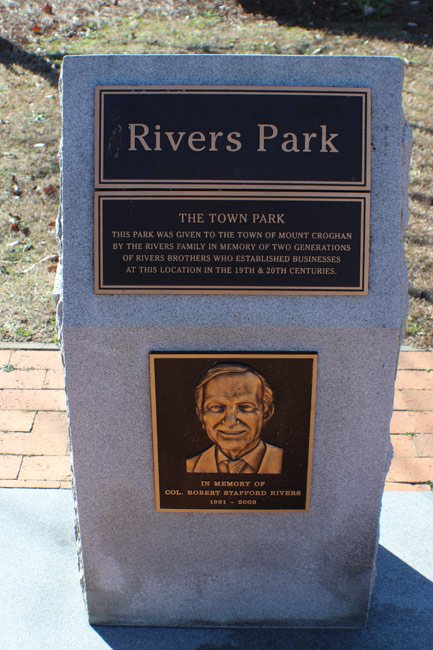 Rivers Park is surrounded by a split rail fence and several antique street lights. Located inside are benches, a gazebo, a wooden swing, an antique sundial, a bell, a garden pond, and much more. Palmetto trees, windmill palms, and Yoshino cherry trees make up a portion of the landscape. Col. Rivers asked that the cherry trees be planted because they reminded him of a tidal basin in Washington, DC where he spent many years of his professional life as an Air Force Officer. 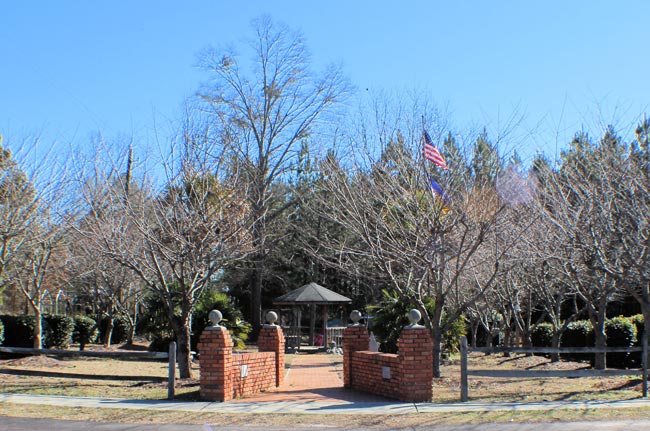 Mt Croghan residents consider the cherry trees to be the best feature of the park. Not only are they lovely when in full bloom – the trees are decorated with white lights during the holidays, making it one of the most beautiful parks in Chesterfield County.