The congregation of Ruby Baptist Church in the namesake community of Ruby was founded in 1903 after the Cheraw and Lancaster Railroad laid tracks through the town. Once the depot and tracks were built, the town began to develop. Soon stores and churches, such as Ruby Baptist Church, welcomed residents of this railroad community. 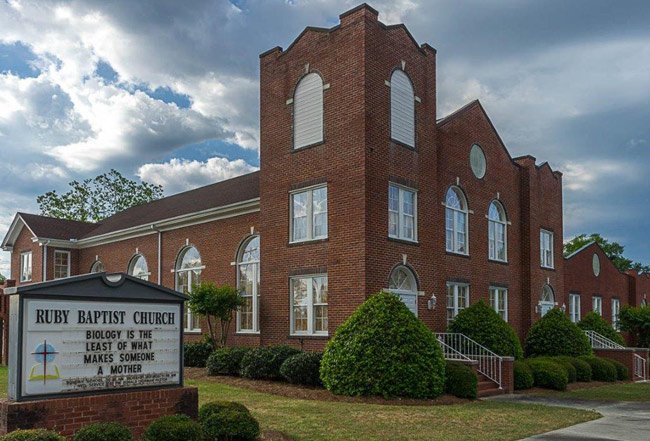 According to William Thurman, the church was built on a lot donated by David Hugh McGregor and built by contractors Allen and Walter Carpenter of North Carolina. Church records describe the building as a “white wooden frame structure.” The original church served the congregation until it was replaced by the current brick edifice in 1928. 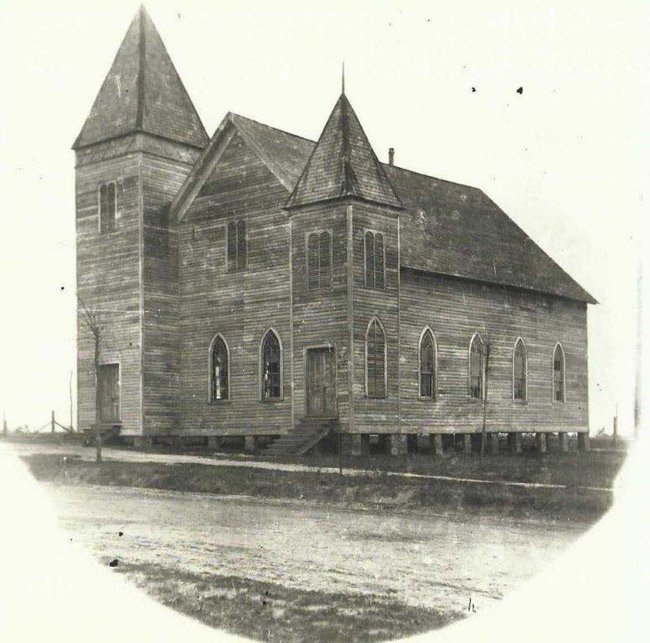 We would like to make this page better. Do you have information about Ruby Baptist Church that you would like to share? If so, please send it to the South Carolina Picture Project. Thank you!