The Gothic Revival architecture of the Austin-Craig-Laney House in Chesterfield stands apart in a district comprised of Federal-style homes. The residence was built in 1858 by Pennsylvania lawyer Aaron Austin after moving to Chesterfield in the 1850s to practice law. Austin married Chesterfield native Margaret Jane Craig and later joined the Confederate army, dying in Charleston County in 1863.

Union soldiers attempted to burn the house during their 1865 occupation of the town. According to the story, a slave extinguished the fire and the house was spared. Evidence of the attempted burning is still visible in a dining room window.

The Austin-Craig-Laney House is listed in the National Register as part of the West Main Street Historic District:

The West Main Street Historic District, which is the core of an intact residential neighborhood, includes five nineteenth century buildings and a large number of fashionable and substantial buildings dating from Chesterfield’s era of greatest prosperity in the early twentieth century. The ornate, Carpenter Gothic Revival Austin-Craig House, built in 1858, is unique to the West Main Street Historic District as the only known antebellum house in Chesterfield that diverges from the traditional farmhouse form. In addition to the Austin-Craig House, the district contains seventeen properties total, including two churches, a school, and five larger residences built between 1900-1930. Many properties are of brick construction. Freedmen of the community built one of the churches in the district in 1878, and it is the only identified ecclesiastical building in Chesterfield to have survived this period. One early commercial building, now used as apartments, is also included in the historic district. The district is unified by landscaping, the relative scales of the buildings in accord with their local importance, and by the absence of major intrusive elements. 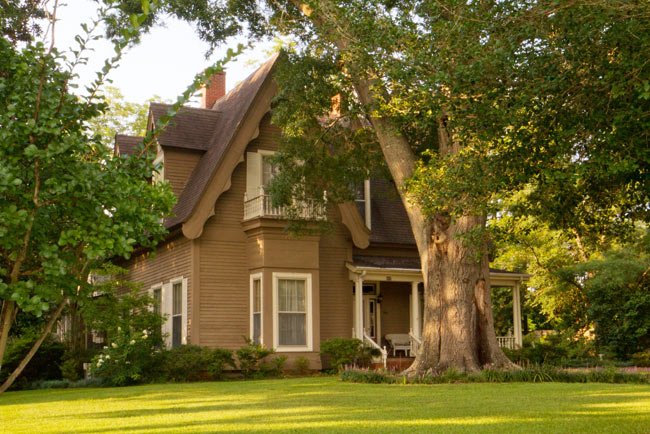 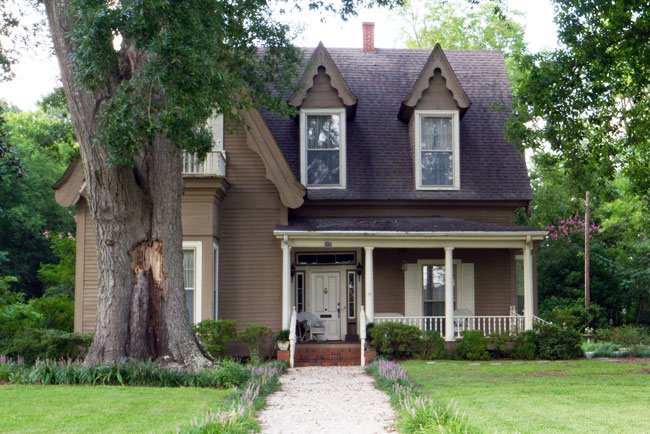