Craig’s Park in Chesterfield was created in 1935 on land donated by one of the town’s first families. Revolutionary War Patriot John Craig relocated to this area from Chesterfield County, Virginia, around 1785. He quickly established Craig’s Mill, an early industrial complex containing a gristmill, a sawmill, and cotton gin. He and his family were so influential that the town and county were named for his previous home. 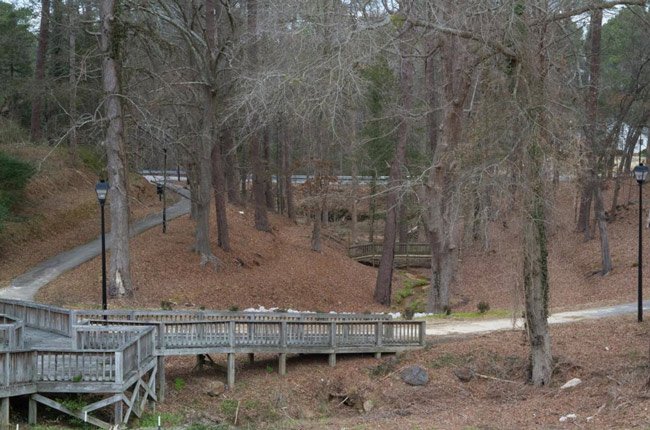 Craig’s extensive property remained in the family until 1935 when William Duke Craig, grandson of John Craig, donated much of it to the city to be used as a public park. The Works Progress Administration converted the land into useable space, including an amphitheater, picnic grounds, and a community center. 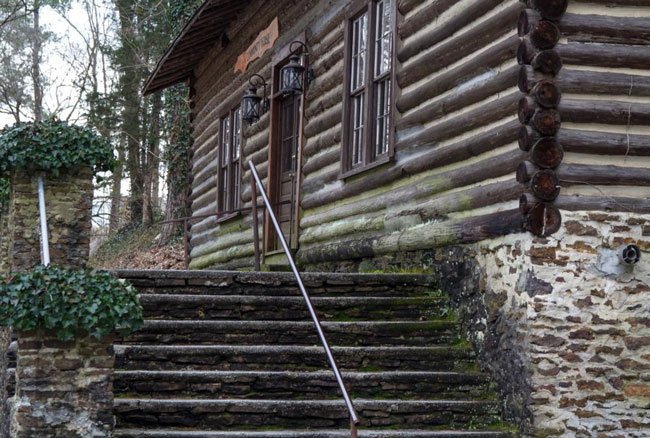 Recently the park created the Craig’s Mill Trail. The plaque honoring Emma Hearn Hanna acknowledges the time and energy she put into improving the park by organizing much its structural development. 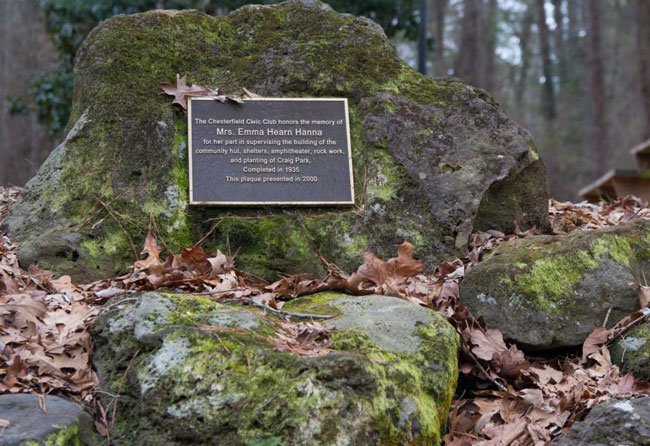