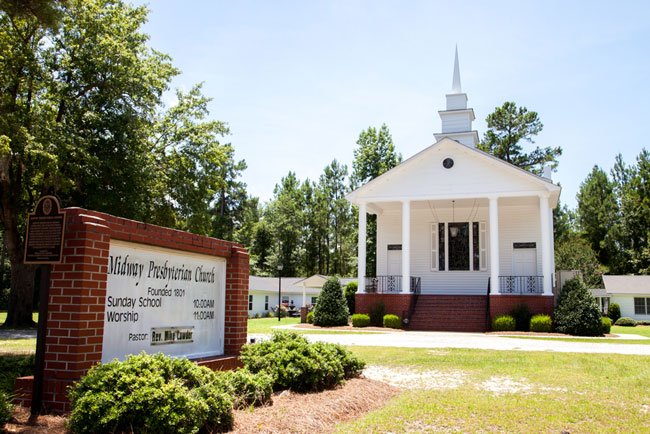 The present sanctuary was built in 1850 as a meeting house. In 1861 the portico was removed, enlarging the sanctuary. In 1939 the South Carolina Highway Department required the church to move back 100 feet in order to accommodate the construction of Highway 527. The. edifice did not receive its distinctive white columns and spire until 1967. The church’s graveyard sits across the street and is the burial site of two Revolutionary War veterans