This Colonial Revival home in historic Darlington was built in 1895 for local businessman William Haynsworth. Haynsworth served the city as mayor at the turn of the twentieth century and was also the president of the People’s Bank of Darlington until it failed during the Great Depression. Haynsworth died in 1932, and in 1943 the Darlington County School District purchased the stately home, nicknamed the “White House” by locals, for use as a teacherage. 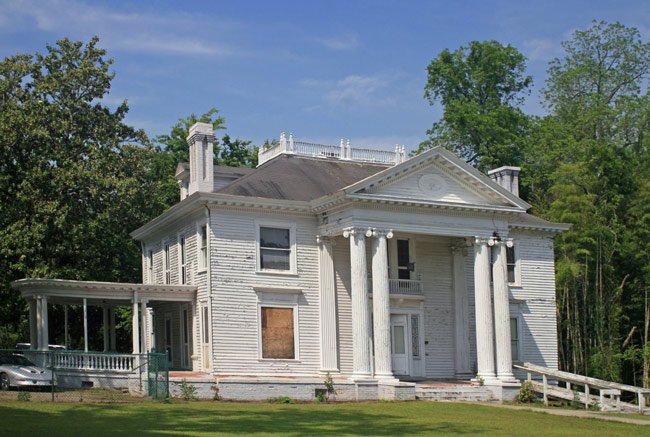 The edifice housed teachers on the second floor and offices on the first floor until 1956. St. John’s Elementary School, which employed the teachers, still sits next door to the house. Today the house remains under the ownership of the school district, though it stands vacant and in disrepair. It continued to be used for district offices until 2008. As of 2019, the structure is being renovated into a private residence. 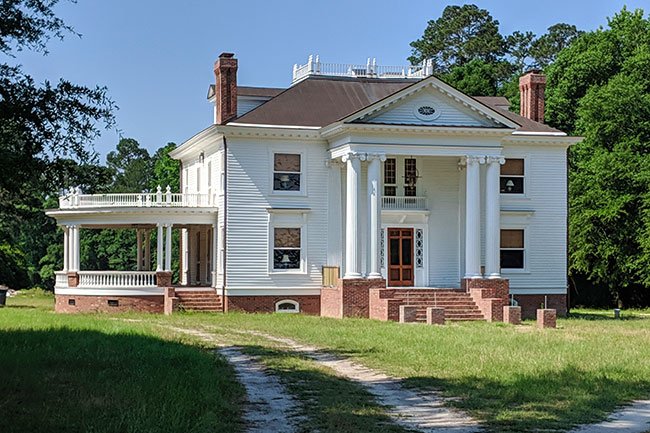 Paula Canine of Pawleys Island, 2019 © Do Not Use Without Written Consent

The Haynsworth House is listed in the National Register as part of the St. John’s Historic District:

The St. John’s Historic District contains a concentration of late nineteenth and early twentieth century vernacular buildings, including residential, religious, and educational examples. The majority of the buildings were erected by local contractors without the help of an architect. The district consists of approximately nineteen properties of particular historical or architectural significance and thirty-six supporting properties. The focal point of the district is St. John’s School complex and campus, the Academy Green. The properties in the district are located in approximately five block area of oak lined streets. Approximately 75 percent of the buildings were constructed prior to 1925. Most of them were built between 1880 and 1925 during a period of unprecedented agricultural prosperity and reflect the architectural characteristics of that era, including Victorian, Neo-Classical, Colonial Revival, and Bungalow. The majority of the buildings in the district have been continuously used and have been kept in good repair.