This modern-looking brick church in Darlington was actually founded shortly after the Civil War. Established in 1866 by freedmen, its original name was Pearl Street Methodist Episcopal Church. According to local lore, the church’s bell was given to the congregation by Federal troops, who had taken it from neighboring St. John’s Academy. 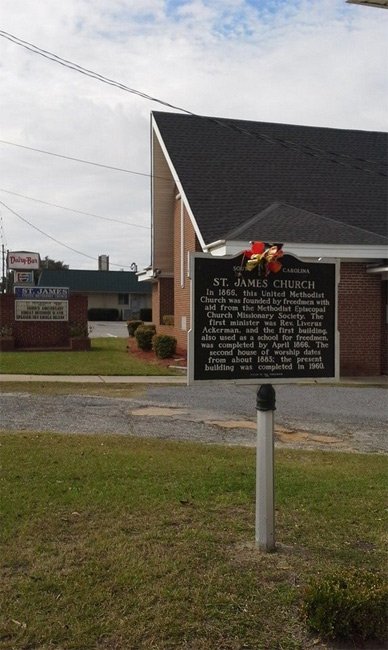 Jannie Harriot of Hartsville, 2014 © Do Not Use Without Written Consent

Support for the founding of this church, now called St. James United Methodist Church, was provided by the Methodist Episcopal Church Missionary Society. The congregation erected a building for worship on this site in 1866, which doubled as a school house. That building was replaced by another one in 1883, and the second church was succeeded by the current brick building, completed in 1960.