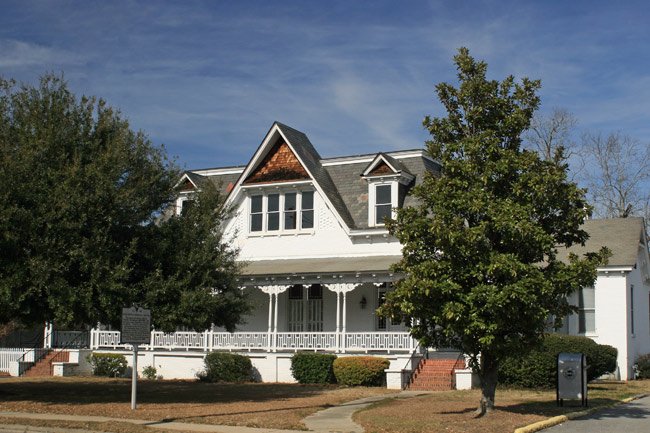 McCullough was also a sergeant in the Darlington Guards as well as mayor and deeded this house to the town in the 1940s. It acted as a memorial to men who died in World War II while serving as a recreational center for the city’s youth until 1986. 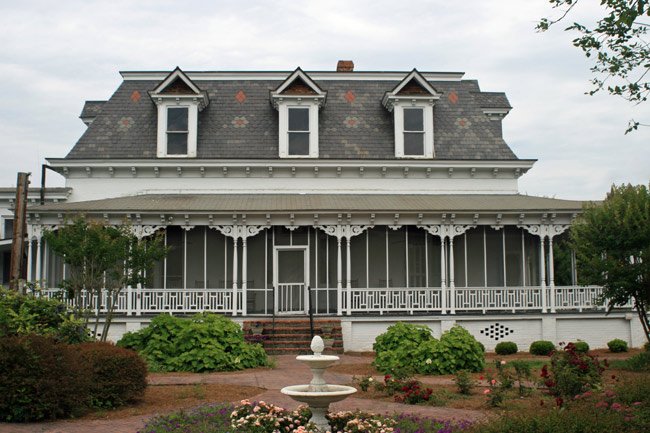 Today the city leases the building to the Darlington County Council on Aging, which has made the home its headquarters. Since McCullough transferred ownership of the house to the city, it has served Darlington’s citizens, young and old. 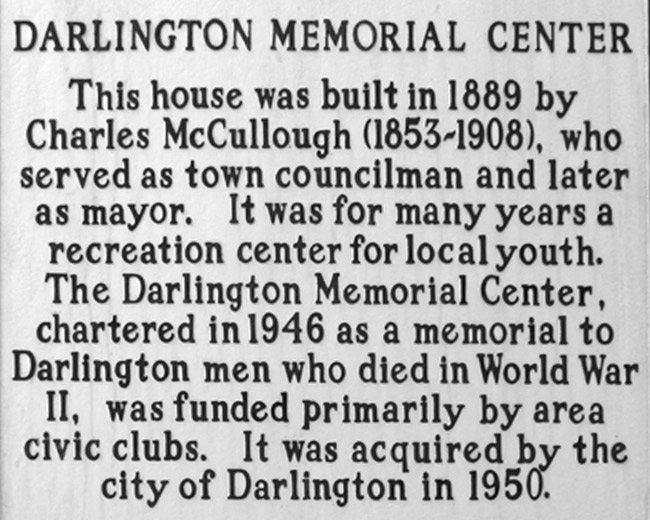 The Charles S. McCullough House is listed in the National Register,:

One of the few remaining large residences on Pearl Street, the Charles S. McCullough House is significant as an outstanding local example of the Second Empire Style. The house is primarily defined by its multi-colored slate mansard roof with dormer windows. The large scale of the house with its brick walls punctuated by tall openings and wrapped on three side by a wide veranda reflect a mastery of composition on the part of the designer.

Built in 1889 (the date is found in a red sandstone cartouche in a gable end on the east side of the house), the brick residence has a one and one-half story square core, a projecting one-story ell, and a porch on three sides, the east side of which has been enclosed. The front porch is characterized by elaborate sawn brackets on paired turned posts and an ornamental balustrade. The roof, dormers, and porches all have heavily bracketed cornices. The front elevation features a steeply pitched gable, the peak of which rises above the cornice line of the top of the mansard roof; this gable contains a row of four one-over-one windows. The front entrance consists of double doors framed by elaborate colored glass transoms and sidelights within a paneled inset.